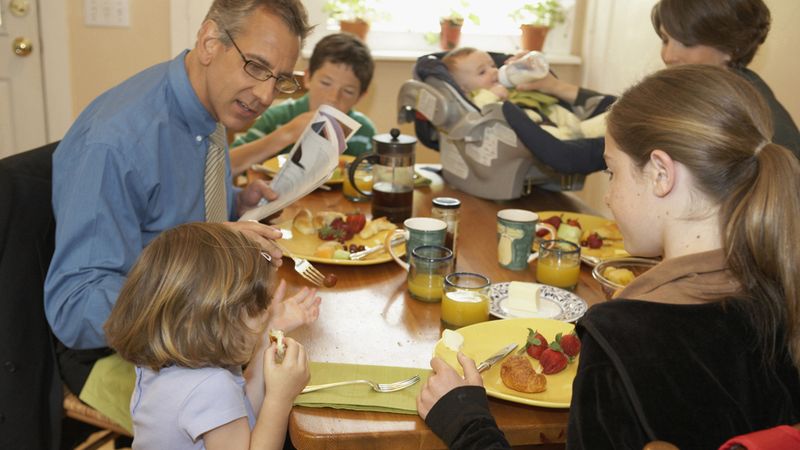 David and Rebecca Lehigh had a familiar problem: four children—1, 5, 9, and 12 years old—with no way to organize them. It was a logistical fiasco…until David came up with an utterly genius solution.

Instead of keeping their kids in color-coded binders or driving themselves crazy trying to memorize their faces and voices, David and Rebecca did something so simple you’ll kick yourself for not thinking of it first: They gave each child a distinct name.

“We called one of them Leo, one of them Tara, one of them Megan, and one Zach,” said David, explaining that doing so has “made our lives a thousand times simpler.” “And the kids know what their names are, so when I want one of them to listen to me, I just say their name, then whatever message I want to send to them.”

The Lehighs say their name system is helpful for telling the difference between kids who look similar or are the same gender, and allows them to get their attention without pointing and shouting, “Hey, you!”

“There’s none of the confusion there would be if they all had the same name,” said Rebecca. “To be honest, having four kids with the same name wouldn’t really address a lot of the issues we had when our kids had no names. So, it’s good we came up with four different ones.”

Best of all, it’s easy for you to use this hack on your kids! Leo, Tara, Megan, and Zach will work fine, of course, but don’t be afraid to get creative and personalize your kids by inventing your very own names: Paula, Dietrich, Cranko, Toastership…the sky really is the limit! Just make sure you stay consistent, and use the same name for the same kid each time. Otherwise, it won’t work.