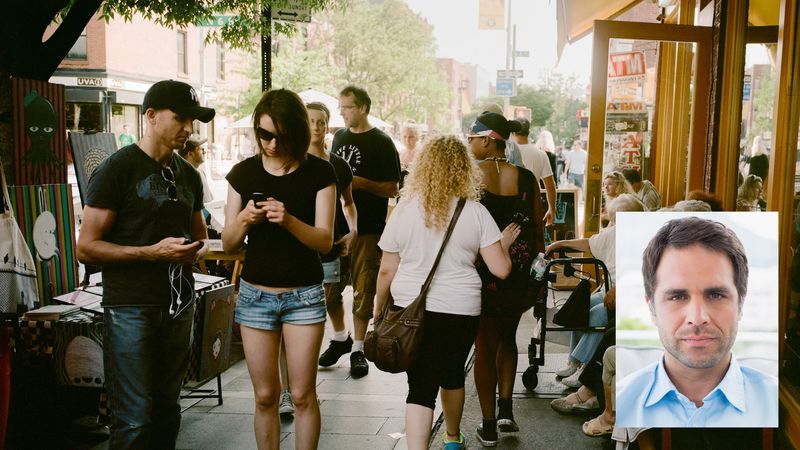 Just one year ago, East Shellwood was one of the poorest neighborhoods in America. Its public schools were buckling under budget cuts and the crime rate was steadily increasing, while property values had hit an all-time low.

Today, all of that has changed. East Shellwood is thriving, and shows no signs of slowing down. So what happened?

It all started when a community-minded entrepreneur by the name of Jackson Klemmer had the innovative idea to replace every single one of the area’s longtime residents with affluent twentysomethings. The rest, as they say, is history.

“I knew if we could just find some way to increase the cost of living so that poorer residents had no choice but to move out, we could completely revitalize the neighborhood by filling it with predominantly white twentysomethings,” said Klemmer, a real estate investor and community activist. “People said East Shellwood was a lost cause. But I never stopped believing in this place and the people who could potentially live here once we got rid of all the poor people.”

Klemmer’s plan started with making small but powerful changes to the urban landscape. Putting an overpriced clothing outlet here. A Starbucks there. Small seeds of progress that, over time, would drive the rent up and longtime residents out, paving the way for an influx of young bohemians from affluent backgrounds.

“We went door to door, asking people if they were struggling financially,” said Klemmer. “Then if they said yes, we encouraged their landlords to raise the rent when their lease ended, forcing them out, and making room for wealthier tenants who would be attracted to the area’s cool, urban vibe.”

“I don’t think we could’ve expected the overwhelmingly positive response from the community’s opportunistic property owners,” he added. ”An outpouring of thanks and evictions. People wanting to get involved. It was really amazing.”

The result of his philanthropic efforts is the miracle of East Shellwood today: a beautiful urban enclave of upper-middle-class privilege where there was once a culturally diverse and economically unprofitable community.

“It’s amazing what you can do when you get a community to come together and vacate their homes so that young, rich people can live there instead,” said Klemmer. “You can change the world.”