Passing The Torch: Idris Elba Is Running Through The Streets Of London Holding Rowan Atkinson’s Severed Head, Screaming That He’s The Next Mr. Bean 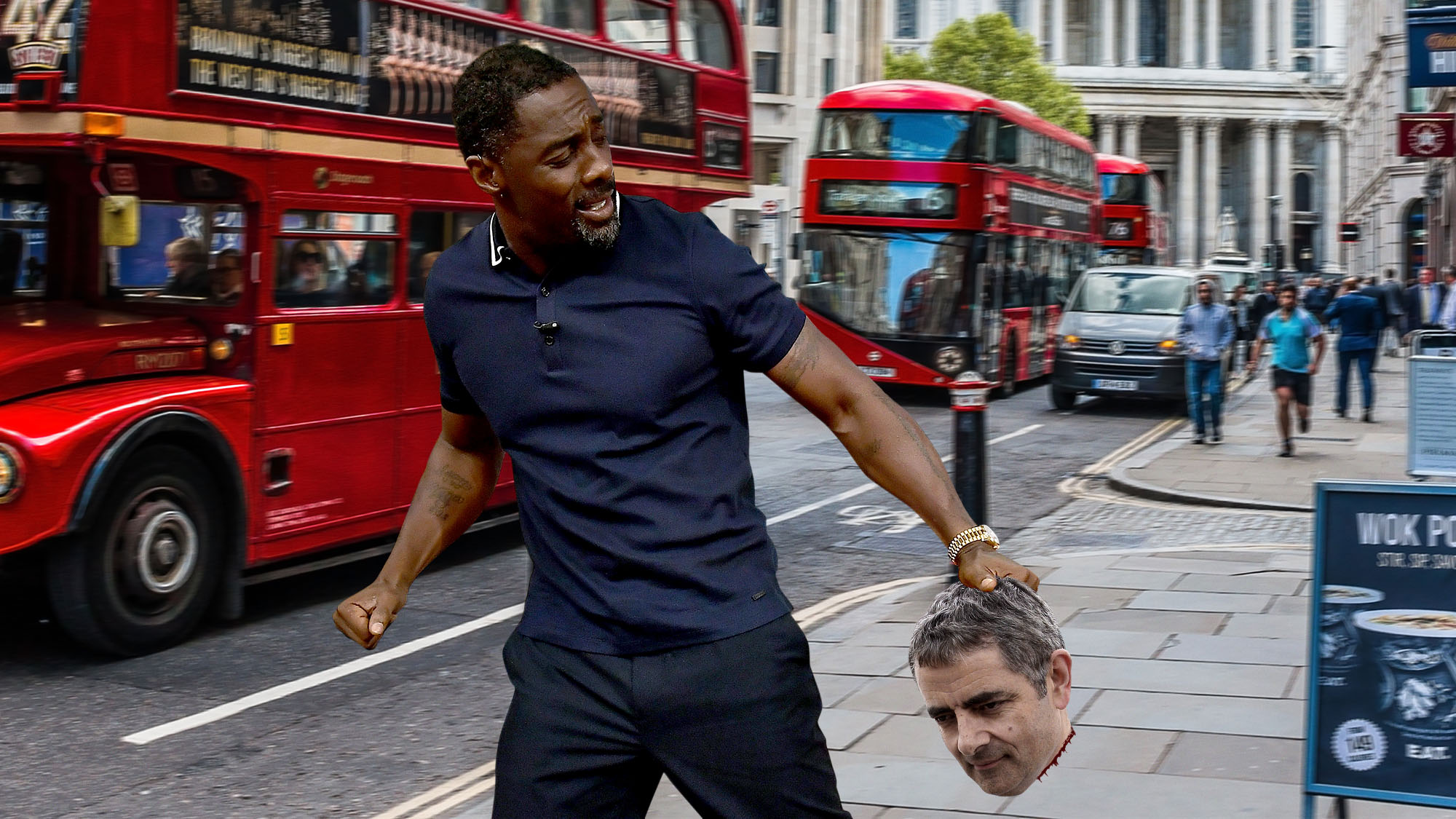 After 29 years of legendary exploits, someone new will soon be taking over as one of Britain’s most beloved TV characters: Idris Elba is currently running through the streets of London holding Rowan Atkinson’s severed head, screaming that he’s the next Mr. Bean.

Wow, Elba will be absolutely perfect in this role!

The 46-year-old veteran actor, who earlier today was spotted climbing onto the hoods of cars on King’s Road, frantically pointing to Rowan Atkinson’s severed head and then to himself while shrieking “I am the silent doofus at last!,” will be the first person of color to don the iconic tweed jacket of the Mr. Bean character, and he’ll certainly be popular among fans and critics alike. While no one can deny that Atkinson played the role fantastically, Elba showed today that he’s more than ready to take the reins of the franchise as he wandered around in oncoming traffic muttering unintelligibly while waving Atkinson’s severed head high in the air, exhibiting a childlike ignorance to social norms just like that of Mr. Bean himself.

From Stringer Bell on The Wire to the titular character on Luther, Elba’s CV boasts an eclectic mix of roles that have undoubtedly given him the tools he needs to do Mr. Bean justice, and seeing him swing around and around on a light pole today with a human head between his thighs while grinning excitedly at passersby made us even more confident that he’s silly enough for the job. The casting is honestly pitch-perfect, and Elba, who just minutes ago created a humorous scene after he fumbled Atkinson’s head to the pavement and then kept accidentally kicking it away every time he’d try picking it up, looks more than ready to start this next phase of his career.

If you were worried about someone new coming along and ruining Mr. Bean, seeing all the hilarious hijinx Elba has gotten into today with his predecessor’s pale, decaying head should give you total reassurance that the character is now in good hands. We are 100 percent on board with this, and we can’t wait to see where Elba takes Mr. Bean next!