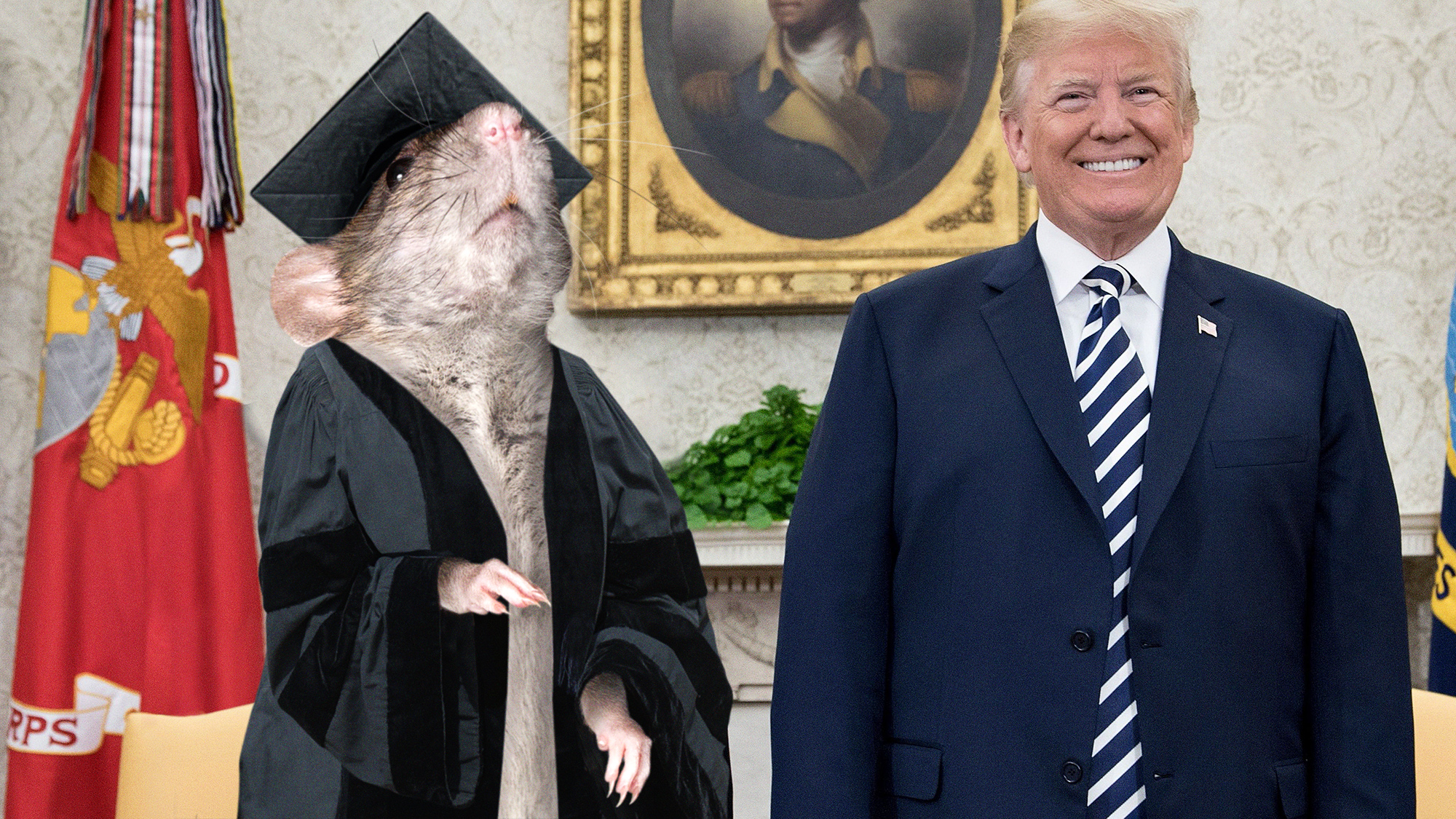 When Professor Rat, the man-sized rat wearing a graduation cap and gown, first emerged from the ocean 30 years ago, everyone’s first question was, “Will this man-sized rat one day become the United States Secretary of Fireworks?” And today, we have learned that the answer to that question is a resounding “Yes!” Just this morning, our mighty leader President Donald Trump appointed Professor Rat as the U.S. Secretary of Fireworks, and our country will never be the same!

President Donald JOHN Trump took to Twitter early this morning to announce the amazing news that America’s fireworks were now safe in the large paws of Professor Rat:

As the U.S. Secretary of Fireworks, Professor Rat will watch pornography, guard America’s precious fireworks from terrorists and thieves, give awards and cash prizes to people who set off fireworks indoors, and do experiments to discover a way to make fireworks that sound like someone sneezing when they explode. Considering that Professor Rat eats garbage like a rat and drives a Porsche like a human, President Trump could not have picked a more perfect genius to steer American fireworks into the new millennium!

Nobody knows where Professor Rat came from. All we know about his past is that he graduated from Harvard. However, ever since he emerged from the ocean he has been doing experiments, eating garbage, and inventing things. Professor Rat became famous for groundbreaking discoveries in the fields of physics and astronomy, and for conducting an insane and unethical science experiment on a dog, which taught the world nothing. He is a perfect choice for Secretary of Fireworks from our Perfect President (J. Trump)!

Professor Rat also once invented a type of portable oven that catches fire every time you use it, which is a terrible invention, but is actually quite amazing considering that Professor Rat has the brain of a rat and it’s a miracle he was able to build any type of machine at all.

Congratulations to Donald JOHN Trump, the President of the United States, on his amazing new addition to his perfect cabinet! We can’t wait to see how loud American fireworks becomes under the leadership of the scientific genius of Professor Rat!!

UPDATE: Professor Rat is a man-sized rat that wears a graduation cap and gown. He bit Donald Jr. on BOTH legs.