Pay Your Respects At The Asimo Graveyard, And 4 Other Plans For A Perfect Day In Tokyo 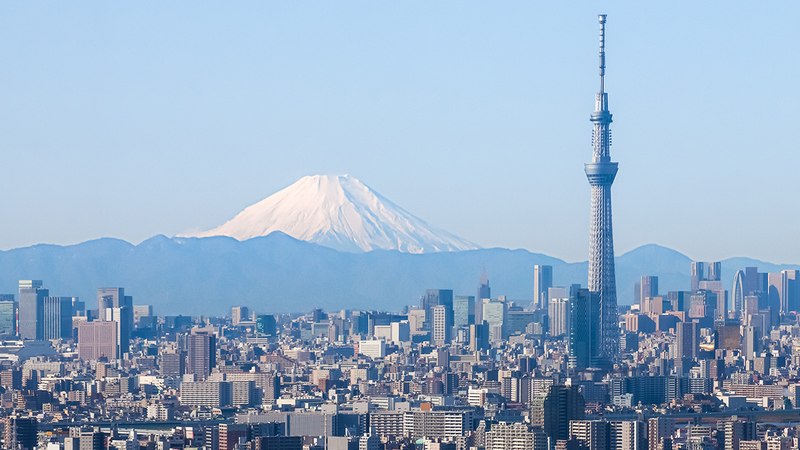 If you’ve only got 24 hours in Tokyo, here are the things you absolutely have to do!

1. Head down to the beautiful Ueno Park and patiently await the 2020 Summer Olympics: Locals and tourists agree: There’s no better way to spend your time in Japan than by finding a comfortable spot on a bench, grabbing a delicious Japanese snack, and quietly waiting for the opening ceremonies to start in approximately three years in Tokyo. Sure, you’ll be there a while, but nothing screams Japan more than sitting perfectly still until the XXXII Olympic Summer Games!

2. Swing by a local fish market and blow your child’s entire college fund at a tuna auction: Early bird catches the worm! Get up before 5 a.m., and you could just outbid dozens of local restaurant owners for the chance to win a $200,000, 600-pound bluefish tuna at the famous Tsukiji Fish Market. Sure, that might not mean Becky is going to college, but once she tastes how fresh it is, she’ll understand!

3. Go off the beaten path and pay your respects at the Asimo graveyard: Nestled in the empty lot behind Honda’s flagship factory is the Asimo graveyard, a 200-square-foot patch of dirt where failed Asimo prototypes are buried beneath the soil forever. Tourists come from all over the world in order to kneel at the many elaborate graves made to honor the brave Japanese robots and thank them for giving their lives while walking up and down stairs.

4. For a quieter, more reflective experience, visit Jerry Seinfeld’s childhood home: Born and raised in the Ueno district of Tokyo, the legendary comedian Jerry Seinfeld lived in a small nagaya-style apartment for nearly his entire adult life. Despite the fact that Seinfeld spent the majority of his time filming in Yokohama, fans of Jerry’s will be able to tour his home’s genkan, Jerry’s childhood tatami room, as well as the bed where he died just five years ago.

5. Go to an exotic sushi restaurant, spend an hour trying to figure out how to order, then leave defeated: Anyone who’s ever watched the Food Network knows that Japan is home to some incredible food, and you absolutely can’t visit Tokyo without making an ass out of yourself in a local restaurant before leaving both hungry and ashamed! So, go ahead! Track down a place that serves rare, exotic delicacies, spend over an hour attempting to order food, and then skulk down the road dejected to eat at a local McDonald’s instead. That’s the real Japan, baby, and you just saw it.