People Are Finding Suits Of Armor Washed Up On The Beach. Here’s Why Taking Them Home Is A Big Mistake. 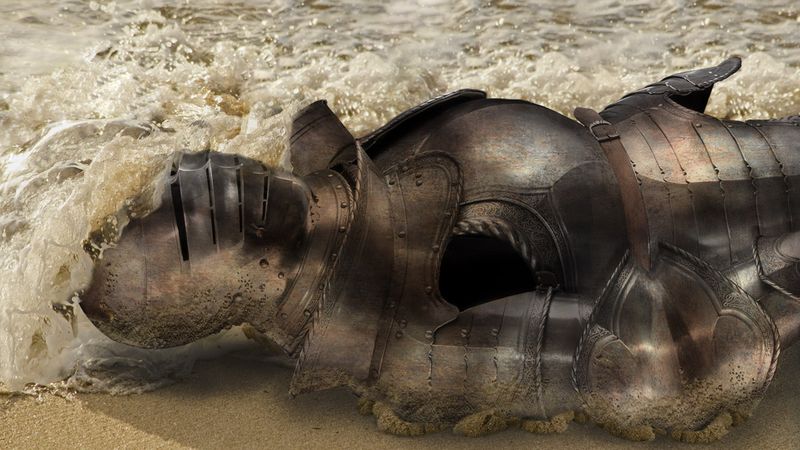 It’s happening all over the country. People are finding suits of armor washed up onto beaches, loading them into their cars, and taking them home. These innocent beachgoers think that they’re getting a free suit of armor. It seems almost too good to be true. And it is.

When these people wake up the next day, they discover that the suits of armor are gone—and so are their valuables. It’s a scam called “knighting,” and it’s the latest crime spree taking the nation by storm.

Nobody knows for sure where these suits of armor are coming from. The waves wash them onto the sand at irregular intervals, and their widespread location suggests that there is no central crime organization involved. Nobody has even actually seen these suits of armor move. The innocent beachgoers who find them are simply bringing them home, going to sleep, and waking up to find that their door is open, the suit of armor is gone, and that they’ve been robbed blind.

“I didn’t check to see if anyone was inside the suit of armor,” says Mitchell Kleinman of Miami, a victim of a devastating knighting last month. “It seemed heavy, I suppose, but I didn’t think twice about checking inside. Then I brought it home, and the next morning the suit of armor had vanished, and my laptop, iPad, and television were all gone.”

Kleinman is not alone. Over the past four months, there have been more than 15,000 reported cases of knighting. While none of the suits of armor involved have ever been apprehended or even been seen again after vanishing from victims’ homes, authorities can only presume that people hiding inside these suits of armor are responsible for the crimes.

Various police forces across the country have requested that individuals with any information regarding these criminal suits of armor bring it to their attention immediately. In the meantime, Kleinman asks people who come across a suit of armor on the beach to think twice before taking it home.

“I’m trying to tell everyone I know: If you see a suit of armor on a beach, just leave it where you found it and call the police,” Kleinman said. “These things just aren’t worth it.”