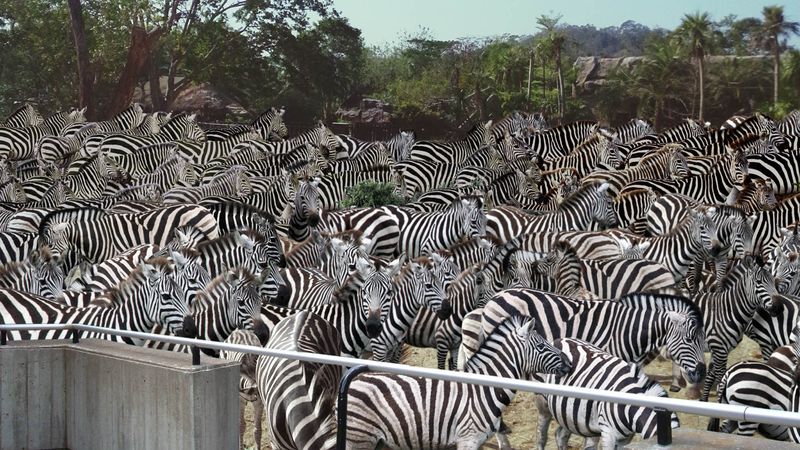 Get ready for the best news you’ll read all day.

Bill and Melinda Gates have long been known for their charity, but their latest philanthropic effort in Bill’s hometown of Seattle is one of the most amazing things they’ve ever done. In a statement released this morning, the Bill & Melinda Gates Foundation announced that it has donated 250 million zebras to Seattle’s Woodland Park Zoo.

Wow. This is such a beautiful and generous gesture!

The immediate impact these zebras will have on the zoo is immeasurable. Whereas Woodland Park used to have just three zebras in total, zoo administrators say that thanks to the Gates’ kindness, there won’t be a single exhibit in the zoo that doesn’t contain hundreds of the African native species.

“We hope these 250 million zebras will serve to further the zoo’s goals of education and spreading awareness for animal conservation,” said Bill Gates of the donation. “Before long, no one will visit Woodland Park without seeing thousands and thousands of zebras. That’s a future we can believe in.”

For its part, the zoo has announced plans to acknowledge the gift by naming one of the hundreds of new football stadium–sized zebra enclosures after the Gates Foundation.

What a wonderful opportunity for Seattle and Woodland Park Zoo. It’s so nice to see Bill Gates giving back to the community where he grew up. Hats off to the Bill & Melinda Gates Foundation!