Piling On: Lysol Is Following Microsoft’s Lead With A Series Of Ads Absolutely Dunking On MacBooks 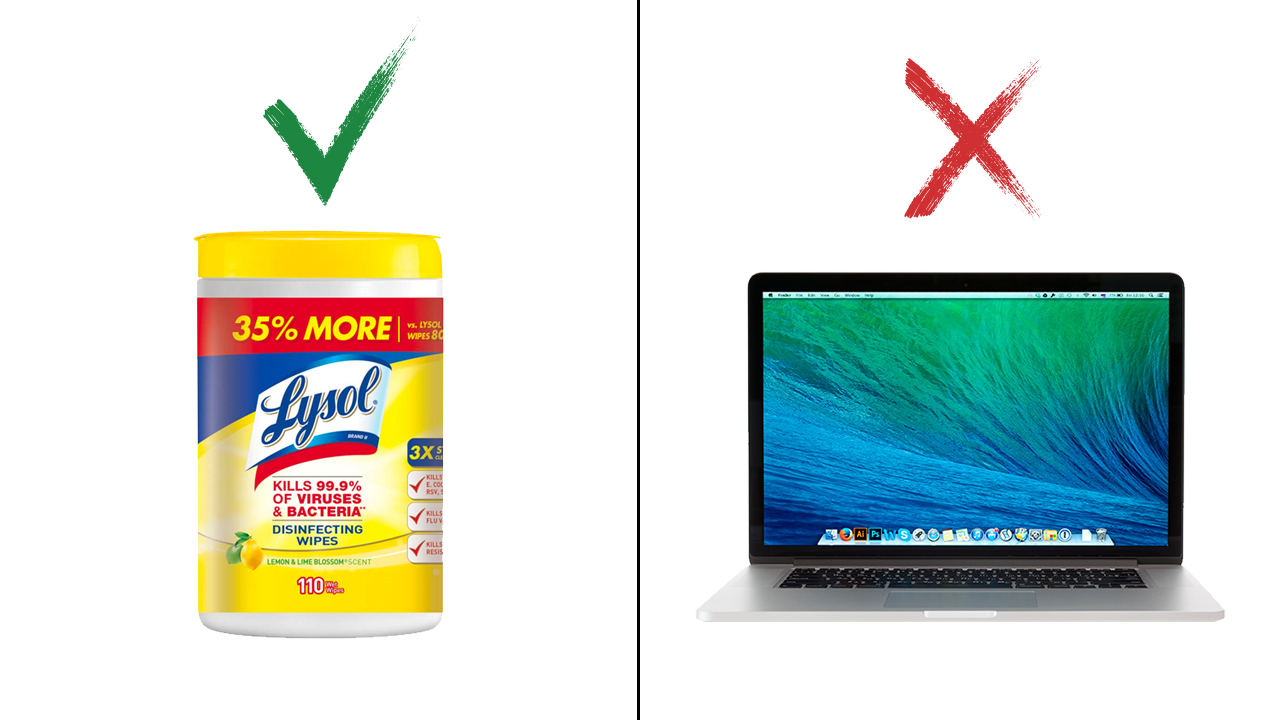 Microsoft has attracted a lot of attention in recent years for their commercials taking aggressive potshots at their primary competitor Apple, and now it looks like other brands are starting to steal from their playbook: Lysol appears to be taking cues from Microsoft with a new series of ads absolutely dunking on MacBooks.

Clearly taking inspiration from a recent series of charged Microsoft ads touting the superiority of their Surface laptops over Apple’s MacBooks, Lysol just released several TV spots that similarly aim to put the Mac in its place. One ad depicts a smiling mom wiping down a sticky counter on one side of the screen, while on the other a disheveled, unhappy-looking mother drags a MacBook across a puddle of spilled juice, smearing the juice all over the place before she dejectedly throws the MacBook down on the counter and complains that it’s a “useless piece of garbage.” Another shows an Apple employee at the store’s Genius Bar making a lackluster, unconvincing case for buying a MacBook before being presented a bottle of Lysol, at which point his eyes light up and he shouts, “Now THIS is what I’m talking about!” before breaking the MacBook over his knee, informing his boss that he’s quitting, and merrily going on his way as a happy Lysol convert.

It’s a bold strategy for Lysol who, despite having nothing to do with personal computers, seems to be hellbent on turning consumers against Apple products. Another one of their new ads depicts a hip young millennial man cleaning his shower with Lysol and exclaiming, “Nice, no streaks!” before cutting to a shot of a miserable, elderly hoarder pecking away on a MacBook amidst a kitchen full of squalor while muttering, “I don’t have a job, a family, or any reason to live, and it’s all thanks to this nightmare computer. I can’t wait to die and go to Hell so I never have to use this thing again.” The ad then cuts to a title card that says, “Which would you prefer? Join millions in ditching Mac and joining the Lysol revolution!”

It’s still yet to be seen whether these hostile new Mac-bashing ads will pay off for Lysol, but if it does, don’t be surprised if the trend of maligning Apple products spreads to other brands. If Lysol’s campaign is a success, then it’s only a matter of time before dunking on MacBooks becomes the hottest trend in advertising.