Planning Ahead: ISIS Has Asked Donald Trump To Give More Of A Heads-Up Next Time He Drops A Massive Gift Like The Muslim Ban In Its Lap 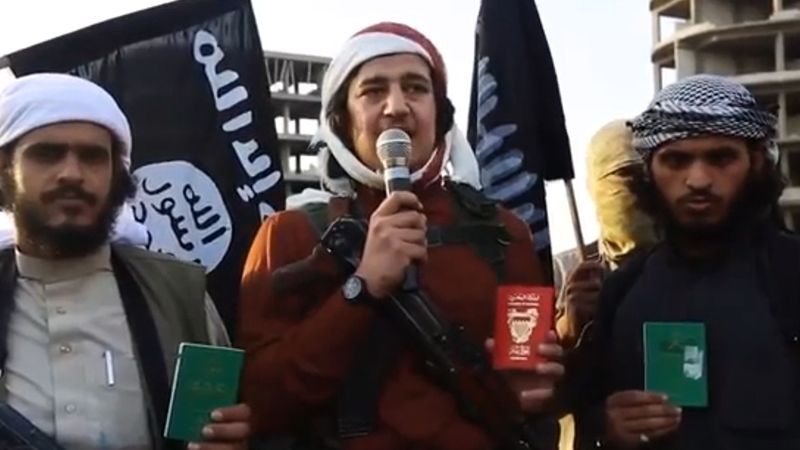 Amid the fallout from President Donald Trump’s executive order banning citizens of seven Middle Eastern countries from entering the United States, many terrorist organizations have called the legislation definitive proof that the West is at war with Islam and have begun to use it as a tool for recruiting new soldiers. This morning, ISIS doubled down, issuing a statement urging Trump to give the extremist group more of a heads-up next time he drops a massive gift like the Muslim ban in its lap.

Wow. Looks like the Islamic State is not happy about getting caught off guard by this unexpected recruiting boon.

ISIS leader Abu Bakr al-Baghdadi expressed gratitude for the incendiary travel ban, but emphasized that he and his organization were “absolutely furious” that Trump had failed to notify them before provoking such an enormous worldwide surge of anti-U.S. sentiment.

“The pig Donald Trump’s ban is an attack on all Muslims, and a bigger help to our cause than we honestly have the bandwidth to deal with right now,” said al-Baghdadi in a statement posted to YouTube this morning. “Next time he rush-delivers such an unqualified victory to us, the least he could do is give us a day or two to prepare for the resulting flood of soldiers eager to join the global jihad.”

“We’re moving as fast as we can, but cut us a break,” he added in exasperation.

Noting that ISIS had been “blindsided” when Trump’s unannounced gift appeared out of thin air, al-Baghdadi went on to angrily specify that if Trump ever introduces anything like a Muslim registry, it would only be fair to give him advanced notice so that ISIS could update its Twitter and edit its recruitment videos to handle the increased interest in the militant jihadist state.

Yeesh. What a diplomatic nightmare. ISIS is clearly livid with the Trump administration for doing the group this huge favor with such little warning. Here’s hoping this situation doesn’t get any worse, and that President Trump is able to avoid embarrassing mistakes like this in the future.