‘Power To Ya, But Damn’: Diet Coke Just Launched A New Ad Campaign About How Not Even They’re Sure Why Some People Start Drinking That Shit At 9 AM 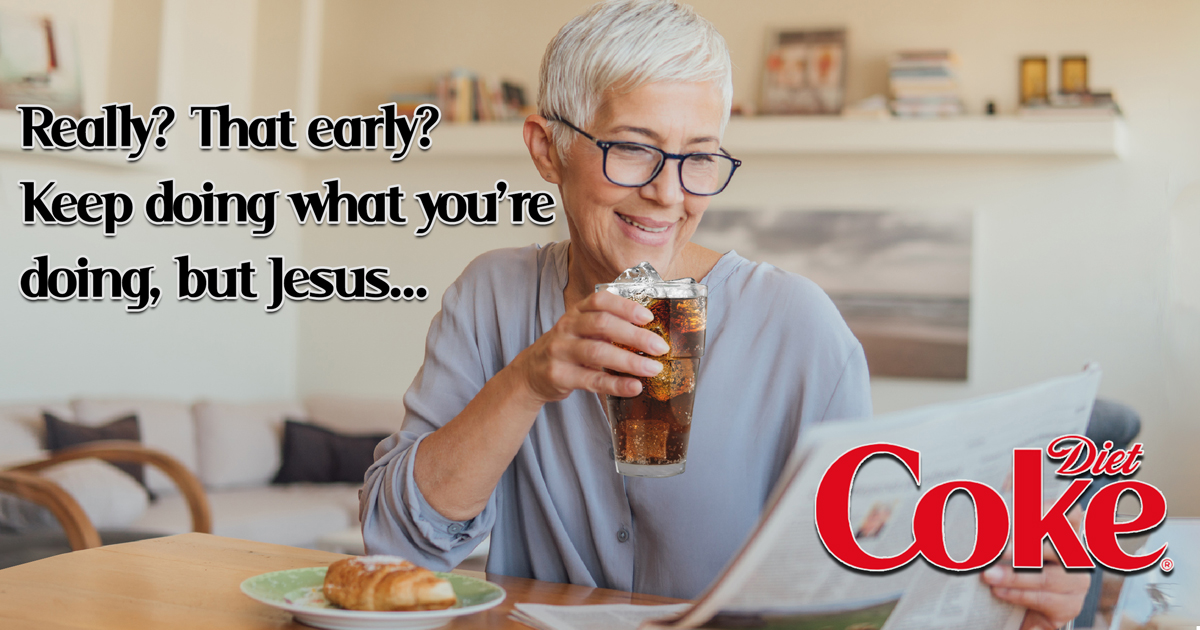 It’s no secret that Americans love soda, but their devotion to certain beverages appears to be more intense than one major soft drink company can even comprehend: Diet Coke just launched a new ad campaign about how not even they’re sure why some people start drinking that shit at 9 a.m.

Very bold to call out consumers like this, but you have to appreciate the honesty.

The company released a series of print ads, billboards, and commercial spots this week questioning why so many Americans choose to guzzle massive quantities of Diet Coke first thing in the morning, adding that while they certainly appreciate customers’ loyalty to the product, they quite frankly cannot fathom the appeal of throwing back liter after liter of carbonated aspartame syrup when the sun hasn’t even fully risen.

“We’ve heard countless stories over the years of people who faithfully start their mornings with humongous gas station cups of Diet Coke or a six-pack of Diet Coke with their breakfast, which is fine if that’s what you’re into, but we’re just not totally sure what makes people think that it’s the sort of thing they should be sucking down straight out of bed,” said the company in a press release. “Like, it’s pretty full of chemicals, you know. Everyone’s free to drink whatever they’d like in the morning, including staggering amounts of Diet Coke, but we’re just making sure you guys know that it’s a soda and not, like, a juice or something.”

One of the campaign’s TV spots shows an elderly couple digging into a pancake breakfast at a diner before flagging their waiter down for two Diet Cokes. A befuddled voiceover is heard saying, “Start your day with Diet Coke, we guess? Sounds gross, to be honest, but you do you.” Then, a print ad from the campaign depicts a man in a bathrobe groggily grabbing a couple cans of Diet Coke from the fridge first thing in the morning, with a caption that reads, “Really? Soda before breakfast? This is what your body’s telling you to do? Pretty weird, but okay.”

It’s definitely a bold marketing strategy, but you’ve gotta appreciate Diet Coke for being so transparent with their customers. Indeed, drinking Diet Coke first thing in the morning seems pretty fucked up, but to each their own. Are YOU someone who drinks Diet Coke right after waking up? If so, let us know why in the comments!