Powerful And Healing: This Artist Imagined What Hitler Would Look Like In A Dunce Cap 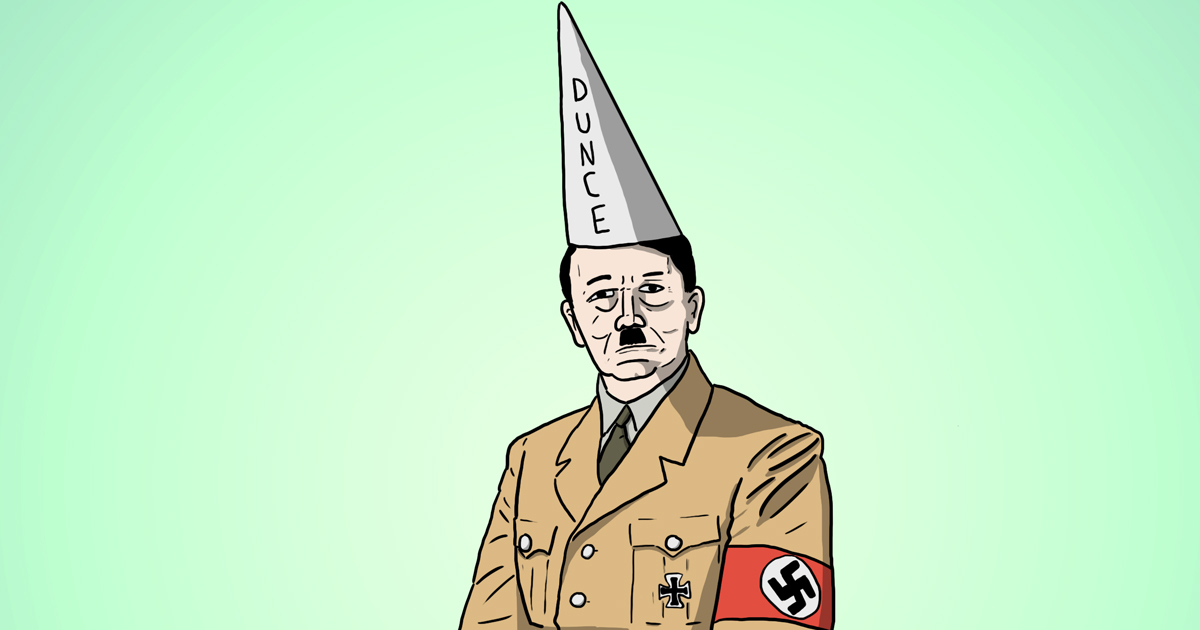 Human history is filled with horrific crimes and atrocities, but this one beautiful image that’s making the rounds on the internet today is finally causing some of the old wounds of the past to heal: This incredible artist imagined what Hitler would look like in a dunce cap.

Powerful. This image really opens one’s eyes to what a pitiful little man Hitler truly was.

The artist behind this staggering work is San Francisco-based graphic designer Petyr Cross. Cross spent over six months studying Hitler’s facial features and the architecture of dunce caps and, after over 1,000 hours of labor, was able to craft a credible image depicting the genocidal dictator wearing the universal symbol of idiocy and poor behavior. It’s an extraordinary work of art that brilliantly manages to expose Hitler’s true character unlike anything else before.

“I was thinking about how rotten Hitler was, and it occurred to me that a man that evil belonged in a dunce cap,” said Cross, explaining his work. “I think that when people see Adolf Hitler looking humiliated in his pointy headwear, it will make them feel better about the abhorrent events of World War II and the Holocaust.”

Looking at this image, one cannot help but imagine how embarrassed Hitler would feel if he were forced to don this hat before a big crowd. His face would probably be beet red, and he would certainly regret all the horrible things he had done. And all those who suffered so much under Hitler’s brutal rule would doubtlessly be on their feet weeping cathartically if they could see this despicable man adorned in such a dumb-looking punitive hat.

We are getting goosebumps just thinking about it!

What an incredible testament to the healing power of art. Kudos to Petyr Cross for working so tirelessly to change our perspective on one of history’s most infamous monsters. It almost makes you wish Hitler was still alive so we could see him in a dunce cap for real!