PR Nightmare: Make-A-Wish Accidentally Sent A Costumed Hero Named Terminally Ill Spider-Man To A Healthy Kid’s House And Asked The Child To Comfort Him In His Final Hours 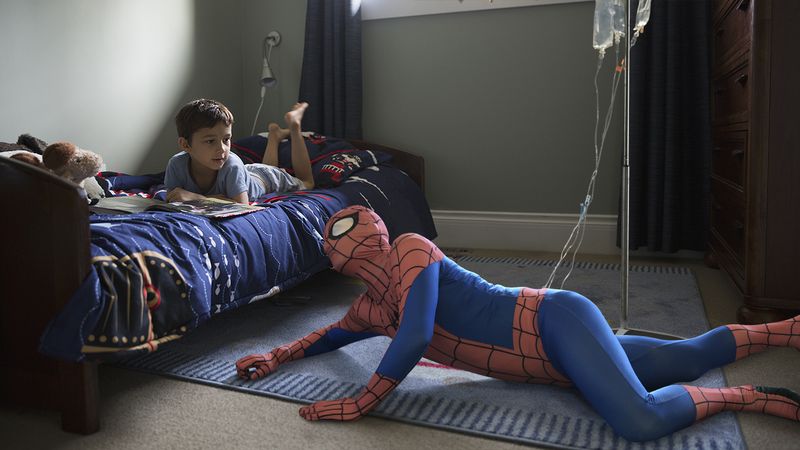 Yeesh, the Make-A-Wish Foundation is not looking too good right now.

The nonprofit organization usually does an excellent job of making sick kids happy, but earlier this week a clerical error really threw a wrench into things for them. Instead of sending Spider-Man to visit a terminally ill child, they arranged for a completely healthy child to meet with a superhero named Terminally Ill Spiderman.

It’s an understandable mistake, but it still ruined an afternoon for healthy 8-year-old Michael Cooper, who heard a feeble knocking at his door announcing the unexpected arrival of a gaunt and shivering Terminally Ill Spider-Man. The incredibly unwell wall-crawler declared that he was on his way to hospice but needed to stop at Michael’s house to use the bathroom. The superhero asked Michael to help pull his mask up so he could vomit into the toilet without getting his costume filthy, and after retching up blood for several minutes, he asked to lie down on Michael’s bed to regain his energy while huffing from an oxygen tank.

In a half-conscious delirium, the dying web-slinger gave Michael a pair of toy web-shooters and asked if he could count on the boy to help fight the Green Goblin, since Spider-Man was no longer physically able. Terminally Ill Spider-Man explained that he couldn’t climb buildings anymore because his skin was very brittle, and trying to cling to a wall would make his fingertips rip off.

The waning superhero then offered to autograph one of Michael’s Spider-Man comic books, but the boy had to turn him down because he wasn’t really a huge Marvel fan and didn’t own any, so Spider-Man instead shakily wrote, “To my favorite sidekick! —Spider-Man,” on a copy of Harry Potter And The Prisoner Of Azkaban, ruining its cover.

Terminally Ill Spider-Man was exhausted from all that interaction, so he then slept for 15 hours, his labored wheezing audible throughout the house. At one point the wheezing stopped entirely, and Michael thought that Spider-Man had died, but then the masked vigilante abruptly woke up in a coughing fit and asked Michael to empty his urine bag.

In the morning, Terminally Ill Spider-Man still wasn’t feeling up to walking, so Make-A-Wish sent over an ambulance, and two paramedics carried the ailing superhero away on a stretcher.

Overall, this debacle is a real black eye for the Make-A-Wish Foundation. Not only did they force an 8-year-old child to confront human mortality way earlier than necessary, but they also wasted resources that could have sent a healthy Spider-Man to visit a child who was actually dying. Make-A-Wish really needs to iron out the kinks in its operations so this kind of embarrassing mixup doesn’t happen again.