Prepare To Eat Shit, Food Dunce: This Man Thinks He Can Swap In His 10-Inch Springform Pan Where The Recipe Explicitly Calls For A 9-Inch Fluted Tart Pan 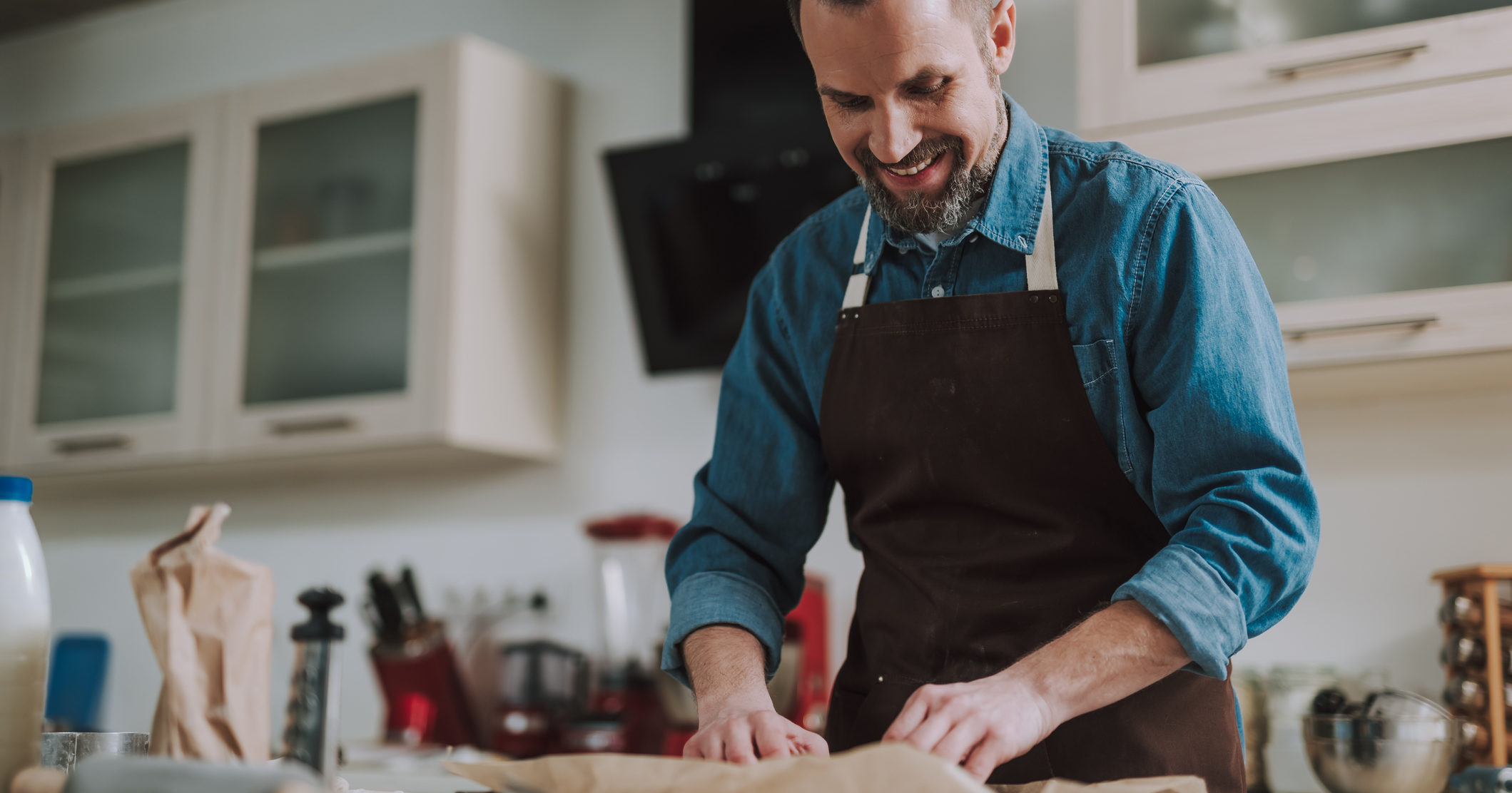 There are some lines you just don’t fucking cross when preparing baked goods, and one particularly egregious dipshit is about to learn the hard way that his actions have consequences: This man thinks he can swap in his 10-inch springform pan where the recipe explicitly calls for a nine-inch fluted tart pan.

Until about five minutes ago, amateur baker Ryan Stromberg was a normal man living a respectable life, but by deciding to use his 10-inch springform in open defiance of the tarte au citron recipe he’s currently attempting, he has chosen to throw all that away in order to enter a remedial dimension of pure and unrelenting dogshit. Nevermind the fact that the suggested baking time and ingredient measurements were made specifically for a nine-inch fluted tart pan—this ignorant bastard’s unconscious drive for punishment far outweighs his capacity to visualize the cracked, dried-to-hell abomination to which he is negligently playing midwife.

Taken in a vacuum, Stromberg’s preparation of the tart shell’s pâte sucrée might seem competent, perhaps even skilled, but a single look at the 10-inch springform awaiting use on his counter indicates that the King Imbecile of Desserts here is all but gleefully aiming the pan equivalent of a shotgun at the tart equivalent of his skull. Does he think using the springform will make it look “rustic” or something? Does he legitimately believe he knows better than the recipe? Or does he do this purely to inflict as much suffering and anguish on actual bakers as he possibly can short of filming himself beheading Mary Berry? Whatever the case, the man is going to waste four good lemons on his recipe-defying trainwreck, and for that alone he is a deserving candidate for lobotomy.

Watching him so arrogantly plow ahead towards certain lemon tart destruction, you can’t help but feel an urge to backhand him across the face and scream, “HEY THERE, FUCKO! HOW THE HELL ARE YOU GOING TO TRIM AWAY THE EXCESS SHORTCRUST PASTRY TO FORM AN EVEN EDGE AFTER BLIND BAKING? MAGIC? YOU’RE FUCKED, DUDE! YOU HAVE DUG YOUR OWN INCORRECTLY SIZED GRAVE! YOU FUCKED AROUND WITH FORCES BEYOND YOUR UNDERSTANDING AND NOW THAT 10-INCH SPRINGFORM PAN IS YOUR FUCKING COFFIN. MAY THE SCOURING SANDS OF MEMORY ERASE EVERY LAST VESTIGE OF YOUR EXISTENCE SO THAT YOU CANNOT STAIN THE DIGNITY OF BAKERS ANY LONGER, YOU DEAD-EYED PIG-BRAINED BITCH! CASTRATE YOURSELF WITH A FIVE-SPEED HAND MIXER NOW TO SAVE MANKIND FROM YOUR TOXIC GENETIC LEGACY!”

Sadly, the damage is done now, and soon this moron will have to reap the rotten harvest of his infinite fucking ignorance. His tart, without question, is going to be a disaster of Hiroshima-like proportions. Blech. We need to detox by reading some great BraveTart recipes or something, because we have truly witnessed a gruesome crime against baking today. May this guy burn in hell forever.