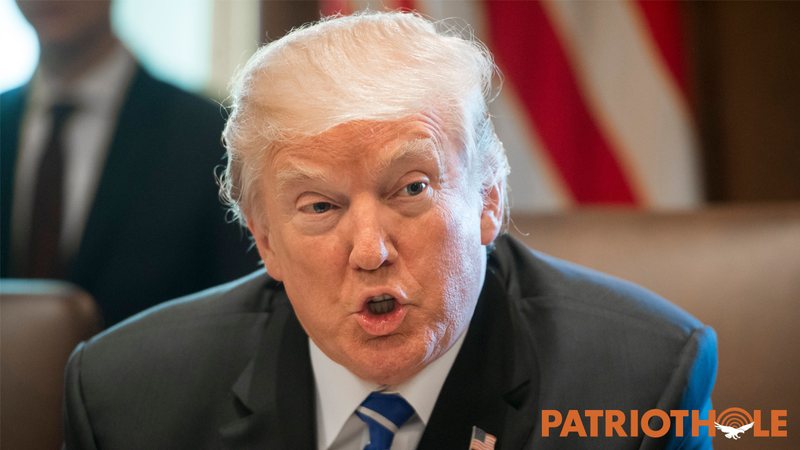 Trump ran on a campaign that put America first, yet by overlooking thousands of xenophobic videos made by hateful citizens of this country to promote a British bigot’s racist video instead, President Trump has shown that he will go back on his word at the drop of a hat. Honestly, there’s simply no other way to put it: This is a huge slap in the face to all the homegrown racists we have right here in America.

Mr. Trump, you need to do better.

The trove of Islamaphobic videos made by hardworking American white supremacists is truly immense, and it’s hard to believe that Trump didn’t scroll past a video that stokes an irrational fear of Islam posted by someone here in the good old USA. As a bigot myself, I am constantly posting anti-Muslim propaganda, so to see the president of the United States retweeting a fear-mongering video from a European, it’s incredibly disheartening and downright offensive.

What adds insult to injury is that the videos the British bigot Fransen posted aren’t even that good. The overwhelming majority of videos American racists post on social media make much more deranged points about how Muslims are trying to kill us all. The videos from this morning are shaky, blurry, and were taken so far away from the action you could barely make out what everyone’s skin color is, which is really one of the most important parts of these videos.

All in all, this act by our president is very telling of Trump’s character, and I think we all need to step back and seriously reconsider why he would ever retweet anti-Muslim hate from a foreigner instead of the American hate right in his backyard. If Donald Trump has any shred of morality in his body, he should apologize for overlooking the thousands of Muslim-hating racists he’s supposed to be serving.