Probably A Mixup But Still Pretty Cool: This Dying Man Is Seeing Howie Mandel’s Life Flash Before His Eyes 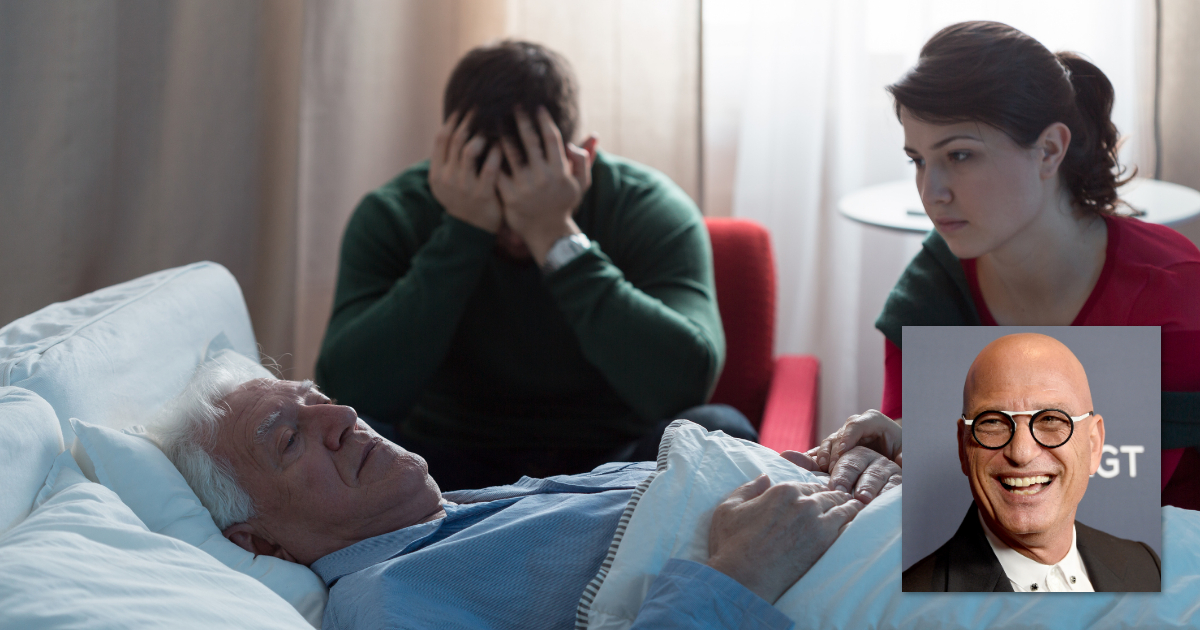 Death is a terrifying experience that we can’t comprehend until it eventually happens to us. Luckily for one terminally ill man at Mount Sinai Hospital in New York City, a few wires got crossed on his way out the door, resulting in a pretty awesome send-off: This dying man just saw Howie Mandel’s life flash before his eyes.

Wow! He should definitely be seeing events from his own life instead of Howie Mandel’s, but still, it’s pretty neat.

Earlier today, 56-year-old Mark Cheever’s years-long battle with prostate cancer took a turn for the worst as his bodily functions began shutting down, signaling that the end was year. Yet for some reason, when his consciousness started to fade, Cheever’s brain released stress chemicals that triggered a time-lapse of not his own memories but rather the memories of actor and television personality Howie Mandel, giving the dying man a POV view of all of Mandel’s most significant life events, from being cradled by Mandel’s mother as an infant, to crafting the voice of Gizmo from Gremlins in a Hollywood recording booth, to his final Deal Or No Deal taping before leaving to host his practical joke series Howie Do It. Surrounded by his wife and children—who wept as they watched the life fade from Cheever’s eyes, totally unaware that his last moments on Earth were spent running through Mandel’s childhood in Canada, his struggle with obsessive-compulsive disorder, and his decision to start shaving his head and sporting a soul patch—Cheever felt a powerful sense of peace as he spent his dying moments experiencing the life of a celebrity thanks to some extraordinary cosmic mixup.

A tear rolled down Cheever’s cheek as he saw precious memories from Mandel’s distant and recent past, such as performing stand-up comedy for massive crowds in the 1980s, making love to Mandel’s wife for the very first time, the birth of Mandel’s children, receiving a star on Hollywood’s walk of fame, and being hired as a host for America’s Got Talent—giving him a taste of stardom after a lifetime of relative anonymity. Then, just as the rapid-fire sequence of Mandel’s memories finished flashing through his mind, the EKG machine at his bedside flatlined, signaling that Cheever had passed away.

Wow. We’re not gonna lie, that sounds like a pretty cool way to go!

Though something clearly went wrong here, having Howie Mandel’s entire life flash before your eyes has gotta be one of the better experiences one can have in the moments before death. Wherever Cheever is now, you can bet he is grinning ear-to-ear from this amazing experience. Rest in peace, sir!