Probably Uninteresting, But Maybe It Would Make You Happy: There’s A Hot Air Balloon Floating By 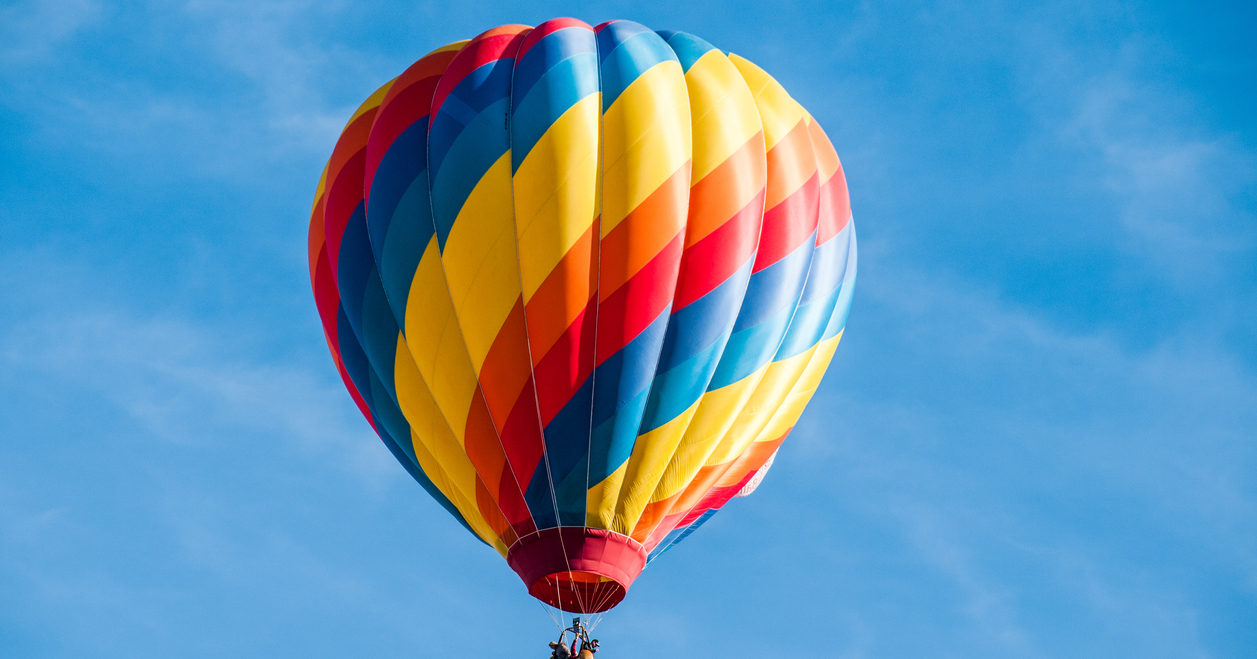 So, we know this isn’t the most incredible thing in the world, but if there’s any chance it’ll lift your spirits, we think it’s worth bringing to your attention. Yeah, it’s probably pretty dumb, but maybe it will make you happy: there’s a hot air balloon floating by right now!

Go ahead, look out the window! It’s pretty neat.

Granted, it’s not the most interesting thing in the world, so no worries if you’d rather pass on this one. But we think it’s worth checking out. After all, how often do you get to see a hot air balloon? A couple times a year maybe? It’s a rare occurrence. Plus, just generally speaking, hot air balloons are pretty dang cool. Being able to fly around the sky in a giant basket using nothing but a little fire and some fabric to catch the wind—it’s honestly sort of a miracle, if you think about it. Such primitive technology! Can’t help but marvel.

Wow. There it goes. Drifting like a beautiful ornament through the sky! Red, orange, yellow, blue—such pretty colors!

Those people up there must be having a lot of fun, riding alongside the clouds. It’s probably a little scary at first, but once you’re up there…gosh, the views must be spectacular!  Maybe they can see us. Let’s give them a wave! Hello, balloon people! Hope you’re having fun up there! Bet they’re having a blast. But they’ll remember this day forever. Not every day you get the chance to go up in a hot air balloon.

Shhh. Hush. Let’s just stop and appreciate it for a moment. It looks so peaceful up there.

You know, we see airplanes all the time, and perhaps they’ve made us a bit jaded to aircraft in general. Maybe they’ve made it harder for people to appreciate the simple magic of a hot air balloon dazzling in the afternoon sky on a sunny day. Because when it comes down to it, a hot air balloon is something that everyone should be able to enjoy, and if we in this sick world of ours had our priorities in line, everyone in town would be outside right now looking up at the sky, mesmerized by the quiet beauty of that little colorful orb disappearing into the horizon. Where did we go wrong? Truly, we have lost our way.

Damn. Well, anyway, just thought you might like to see the hot air balloon. That’s all. Carry on!