Prodigy: This 16-Year-Old Just Became The Youngest-Ever Grandmaster Of Drinking Out Of A Hose 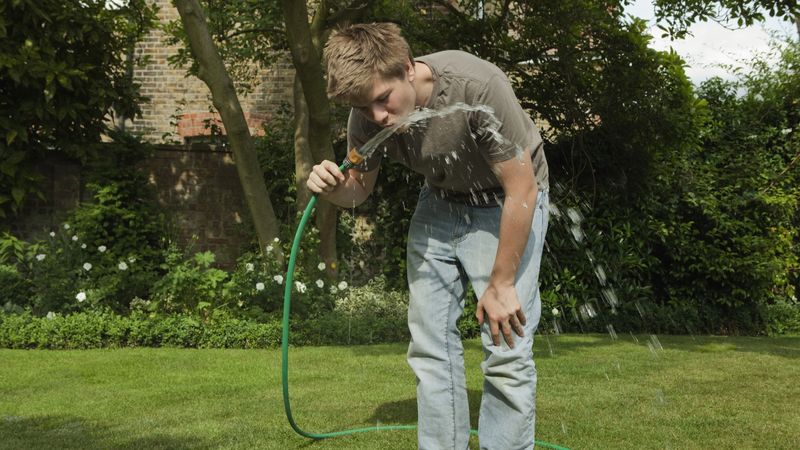 If you’re worried that you haven’t accomplished anything yet, this kid sure isn’t going to help things. His name is Ricky Clark, and at 16 years old, he just became the youngest-ever grandmaster of drinking water out of a hose.

Whoa! Who even is this kid?

The title, which Ricky clinched after defeating Norwegian hose-drinking champion Albert Haugen during a hotly anticipated tournament in Munich last weekend, is just the latest in a series of victories that have punctuated his rapid rise to success. Punching the clock with an enviable sub-three-second two-liter time, Ricky raised his hose in triumph, allowing the gravity of the moment to set in. After a quick check with the hose judge to confirm the volume, it was official: Ricky had secured his place in history.

Ricky has made a big impression since he entered the scene three years ago, not only because of his age, but because of his seeming disregard for the conventional wisdom surrounding the competitive drinking of water from a hose. While most competitors prefer to go in thirsty, Ricky makes a show of hydrating immediately before events, a move some see as a slap in the face of the old guard. This strategy, combined with his signature two-cheek technique—in which he alternates using each side of his mouth as a reservoir, much like the pistons in an internal combustion engine—makes for a compelling, if unorthodox, approach to the sport.

While some competitors might be content to rest on their laurels after a victory like this, Ricky remains focused. With the help of his coach, former Russian hose-drinking great Vladimir Bebchuk, Ricky is already hard at work devising new ways to drink water from a hose. If he can master his latest innovation—using the area behind his teeth to create a vortex that “supercharges” the incoming water—he could shave another 250 milliseconds off of his already impressive time.

Not bad for a teenager! Ricky’s really taking the world of drinking out of a hose by storm! With such an early start, who knows how far he can climb. Still, though, we wouldn’t mind if Ricky took a break every once in a while—stop making the rest of us look bad!