Progress: Mattel Is Giving Barbie A Hawk’s Beak In Order To Make Up For Unattainable Body Proportions 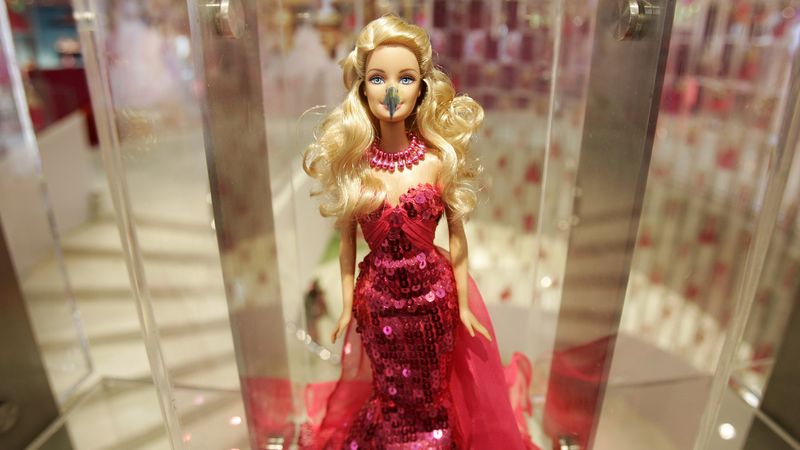 Well, here’s a story that’s going to make you smile for the rest of the day. After years of manufacturing a Barbie doll that has promoted unhealthy beauty standards, Mattel has finally realized that it’s time to make a change. That’s why, going forward, Mattel has announced that they will be giving Barbie a hideous hawk’s beak in order to make up for her unrealistic body proportions!

This is a major win for body positivity!

Any parent who was worried about the negative effects of buying a Barbie doll for their child can now rest easy knowing that all Barbie dolls that Mattel produces from now on will feature an enormous, lifelike hawk’s beak where her nose and mouth should be. Barbie will retain her classic dimensions. But children will no longer feel pressured to look like her, because she now resembles some kind of grotesque Egyptian god! In comparison with Barbie and the avian chaos that now dominates her face, every body type is beautiful and worthy of celebration.

Finally! A doll that parents can get excited about!

“Mattel is committed to having a positive impact on children’s lives, and our decision to transform Barbie into a horrendous bird-woman is in keeping with that mission,” said Connor Sampson, a director of product development at Mattel. “If Barbie’s particular body type makes any young girl feel inadequate, she can now take comfort in comparing her own human nose and mouth to Barbie’s monstrous hawk’s beak, which is too heavy to hold upright for more than 10 minutes at a time.”

As if this news weren’t amazing enough, Mattel has also announced an upcoming animated commercial in which Barbie lets out a piercing shriek before using her hawk’s beak to smash through the windshield of her convertible in order to eat a bug off of the driver’s seat. Mattel is hoping that the commercial will teach girls that, even if they don’t grow up to own an expensive convertible like Barbie, at least whatever car they do own has an intact windshield that hasn’t been smashed by their own terrifying bird-face. It looks like every aspect of the Barbie universe just became a little more progressive!

Incredible. Thanks to Mattel and the hawk’s beak they’ve placed on Barbie’s face, we’re one step closer to living in a society where children of all shapes and sizes can learn to love their bodies. This change was a long time coming, but it’s an absolutely amazing step in the right direction.