Progress: The Supreme Court Just Legalized Marriage Between 9 People Who Are Very Much In Love 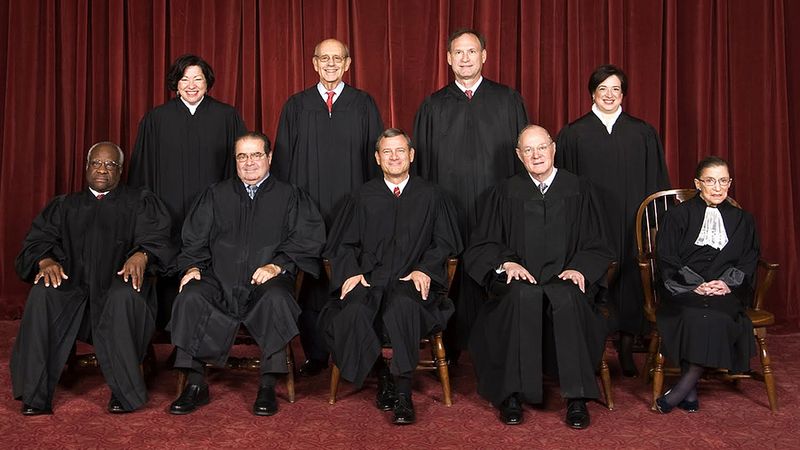 It looks like love has won again! With its latest ruling, the Supreme Court has cemented its place in history by legalizing marriage between nine people who love each other very much.

Yup. Barely hours into their first day back in session, the court passed the ruling, stating “the rights provided to two people seeking marriage are inalienable, and should therefore be extended to groups of six men and three women who love and respect each other personally and professionally.”

Wow! It’s truly a beautiful day to be alive.

Coming on the heels of the court’s ruling on same-sex marriage in June, the decision means that, for the first time, nine people will be able to consummate their love in a legally binding bond! It’s an incredible step forward that many assumed they’d never see in their lifetime.

Justice Anthony Kennedy wrote the stirring majority opinion, echoing the feelings of many who have long dreamed of this day:

“At last, the time has arrived for a group of people who have waited for years for this right. A group whose members might not always agree, but one that is built on a foundation of mutual respect and admiration. A group that has often deliberated long into the night, developing the kind of understanding and love that can only be forged through the nakedness of impassioned discourse and unbridled physical attraction.”

Of course, not everyone was pleased with the ruling. Chief Justice John Roberts wrote the only dissent, voicing his concern that the court was overstepping its bounds:

“Regardless of the opinions of this court, I urge my colleagues to exercise restraint. If nine people are as deeply in love as I believe they are, there is no need to put a label on it. There is no constitutional basis for recognizing a group of nine partners as something more than that, despite how right it may feel. This is a matter best left up to the states.”

Yikes. Well, despite the chief justice’s protests, it’s still a day for the rest of America to celebrate love for everyone. Equality win!