Progress: This Prison Will Replace Solitary Confinement With A Bountiful Fig Tree Just Maddeningly Out Of Reach 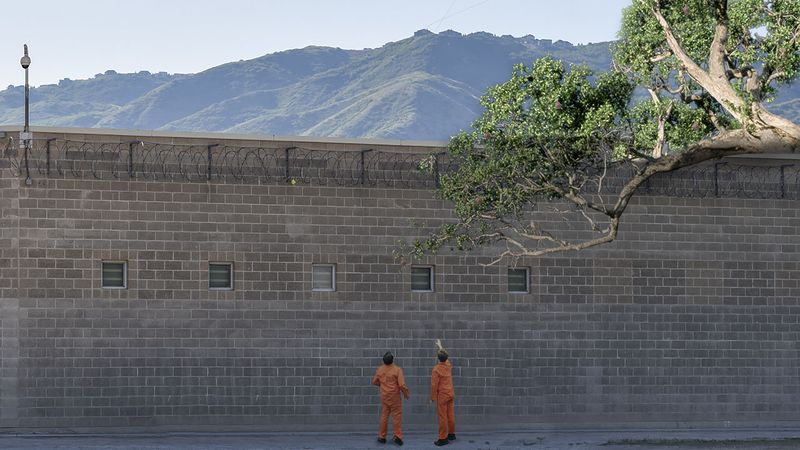 Despite all the research proving solitary confinement doesn’t work, it remains a go-to punitive measure for violent and unruly prisoners. Not only can extreme isolation stall an inmate’s rehabilitation, but it also often results in severe psychological harm. That’s why it’s so encouraging to see New Jersey State Prison replace this cruel practice with a bountiful fig tree just maddeningly out of reach.

Finally, a step in the right direction!

In a move celebrated by the American Civil Liberties Union, the state prison announced that instead of sending inmates to solitary confinement, they will now punish bad behavior by transferring offending prisoners to a courtyard containing a fig tree bearing ripe fruit just beyond the reach of an outstretched hand. No longer will troublesome inmates be cut off from all human contact in dark and barren 6-by-6-by-9-foot cells, but rather in open-air atriums where a fig-bearing ficus’s abundant, juice-heavy yield will taunt them from mere inches beyond their grasp.

The new punitive units will allow insubordinate prisoners to talk with others as much as they want about how they can’t reach the figs or how badly they desire to eat one. Human interaction is completely absent in solitary confinement practices, and human rights watchdog groups are in full agreement that the presence of unattainable juicy figs is a far more humane way to impose stern consequences for major infractions.

Amazing. New Jersey State Prison is single-handedly proving that you can discipline prisoners without sacrificing their humanity.

A statement released by the prison details how every now and then a guard will approach the tree with a ladder, pluck the juiciest fig, and eat it in front of the inmate while commenting on its delightful sweetness and texture. In place of the old system, which prohibited access to books while in solitary confinement, inmates can now expect to be given mandatory reading material in the form of hundreds of delicious fig recipes.

The new system is already off to a successful start, but it hasn’t been without a few hiccups. The New Jersey State Prison has reported that every inmate sent to the courtyard so far has refused to rejoin the regular population after their punishment is up, having become solely obsessed with plucking a fig, if only to touch it, even for one second—the shape of a fig dominating their every thought to the point of madness, unable to decipher waking life from a dream.

True prison reform may still be a long way away, but seeing New Jersey State Prison take initiative in abandoning solitary confinement is a clear sign that change for the better is possible. Let’s just hope other prisons take note and follow suit.