Pulling Their Heartstrings: Tearful Republicans Unanimously Voted For The New Tax Bill After Hearing A Billionaire’s Heart-Wrenching Story Of How He Would Like To Have More Money 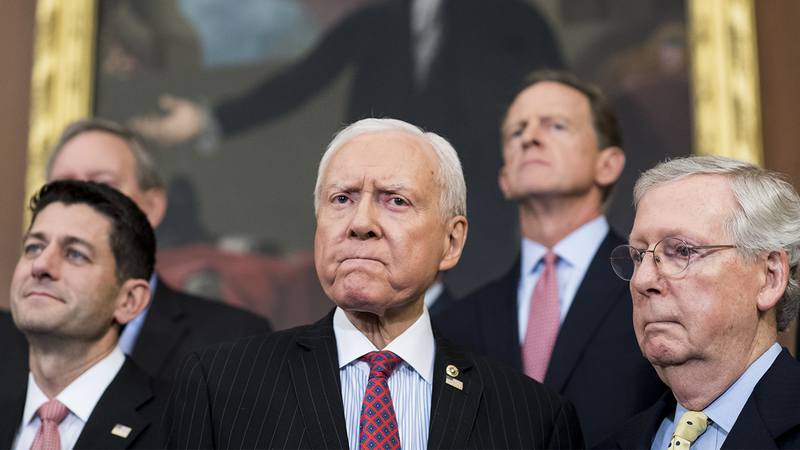 People like to paint conservatives as unfeeling plutocrats, but here’s a story that proves that Republicans in Congress are actually governing with their hearts: Today tearful Republicans unanimously voted for the new tax bill after hearing a billionaire’s heart-wrenching story of how he would like to have more money.

Wow. If you thought conservatives were utterly void of empathy, think again.

Members of Congress took a break from political jockeying this morning to hear a tear-jerking testimony from billionaire banker Andrew Beal about how he has a lot of money and would like to have even more money. Speaking in front of a large framed photo of a stack of hundred-dollar bills to drive home his emotional message, Beal took the floor and explained that he wants to increase his net worth from its current $10.9 billion to $12 or even $12.5 billion, causing House Speaker Paul Ryan to break into audible sobs and Rep. Mark Sanford to stand up and pledge to vote yes on any tax reform bill that would slash tax rates on corporations and the rich enough to make Beal’s wish a reality.

“I have enough money to buy everything I want, but I want to make sure that I can buy everything I want multiple times over—including big things, like fleets of yachts,” Beal said, noting that, sadly, he does not currently have as much money as he’d like due to taxes. “And even when I’m not buying anything in particular, I like to be able to look at how much money I have and see that it is a big amount of money.”

“If this bill passes and I get more money, that will still not be enough money, and I will want to obtain even more of it,” Beal continued, adding that, as far as he knows, there is not a limit to how much money you can have—a remark that left even the most unflappable members of Congress dabbing their eyes with tissues. “I hope that you will continue to help me have more money as my life goes on, until I die, at which point I will want my children to have a lot of money.”

Upon the conclusion of Beal’s poignant address, Paul Ryan took to Twitter to say the following:

Ryan wasn’t the only GOP lawmaker to be deeply moved by Beal’s speech, as dozens of Republican congressmen lingered after the hearing to shake the billionaire’s hand and pledge to do whatever they could to help him amass more wealth. And true to their word, just hours later congressional Republicans voted unanimously to pass the biggest overhaul of the U.S. tax code in 30 years, officially approving a $1.5 trillion bill that will overwhelmingly work to Beal’s benefit and make his dream of becoming substantially richer finally come true.

Wow, what an extraordinarily beautiful gesture. Democrats have always had the reputation of being the sentimental party, but it might be time to revise that notion, because this story proves that, at the end of the day, Republicans will follow their hearts and do whatever it takes to change their constituents’ lives for the better.