Put Them In A Home First Chance You Get: Your Parents Somehow Thought It Would Be Nice To Blow Up The Childhood Photo Of You And Your Cousin Kissing And Hang It Above Their Fireplace 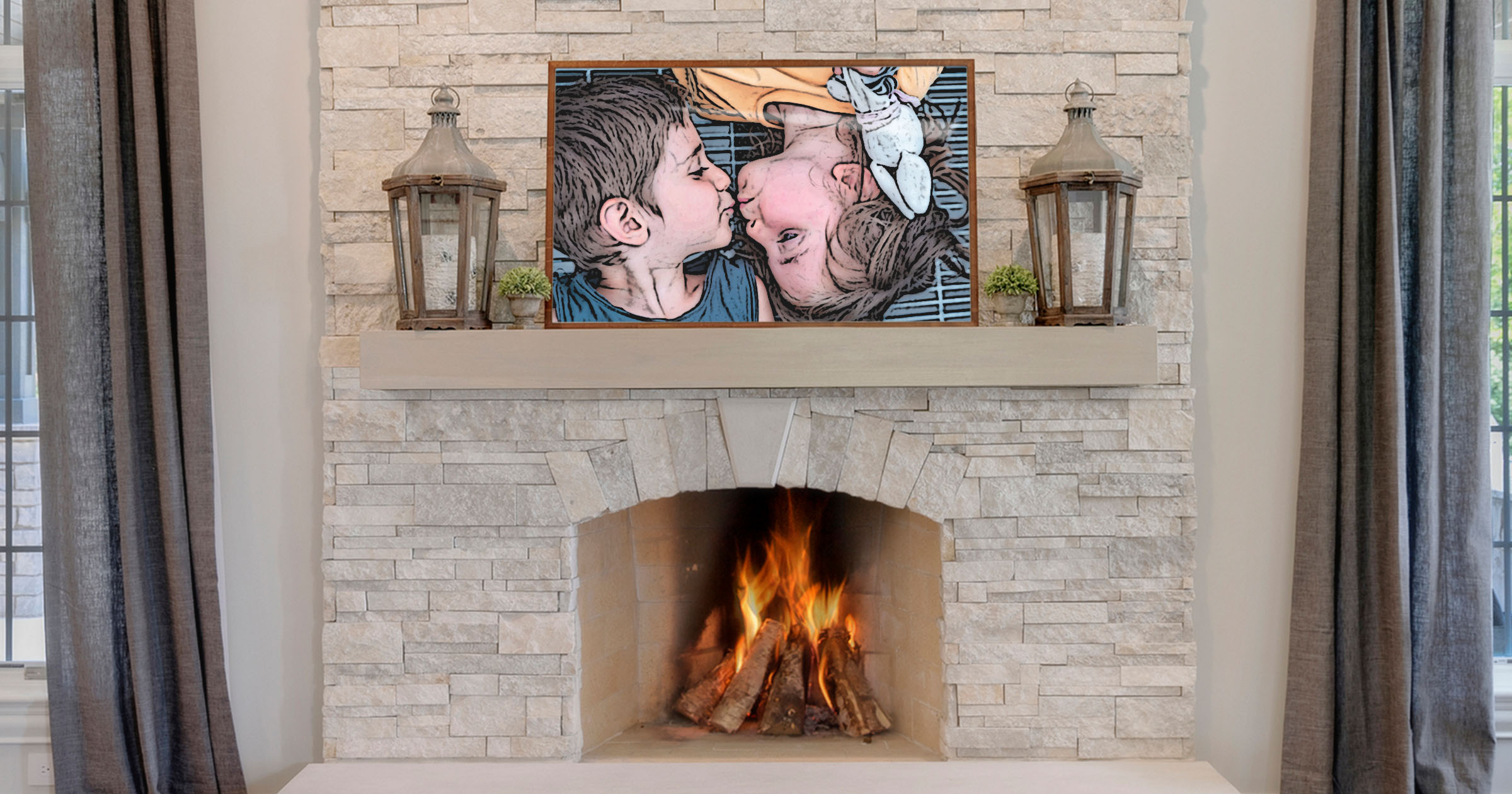 They may have loved and cared for you all your life, but your mom and dad just made an absolutely confounding move that’s single-handedly bought them one-way tickets to a nursing home in the not-too-distant future: Your parents somehow thought it would be nice to blow up the childhood photo of you and your cousin kissing and hang it above their fireplace.

Yeah…this isn’t something that people of sound mind do. Your parents are losing it.

What was supposed to be a casual visit home this week turned into an upsetting pageant of senility after you discovered a 48” x 36” childhood photo of you and your cousin kissing each other on the lips boldly displayed right above your parents’ living room fireplace—an absolutely batshit design choice that made it 100 percent clear that your parents need to be surrendered to a senior living facility ASAP. Your mom, who showed you the photo under the impression it was a cute surprise, explained that, after “enhancing” the image with a shitty filter that made it look like it was from a graphic novel, she paid a local print shop $200 to have the picture enlarged and framed, unaware that $200 is only a fraction of the price she’ll eventually pay for this decision once you take away her car and her freedom and ship her off to spend her remaining days in a piss-soaked zoo for the hopelessly old.

The photo may be totally innocent, but the fact that you and your blood-relative cousin are kissing on the lips only drives home how insane it is that your parents chose to display it in the most prominent focal point in the entire house. While anybody else would find the picture’s contents and sheer size to be a perplexing, if not disturbing, choice as centerpiece wall art, your parents were too blinded by warm sentimental feelings to foresee that this mistake would ultimately mark the beginning of the end of their lives as independent adults.

What a shame. Would’ve figured they had at least another five, ten years before they started losing it, but nope.

Hopefully you can convince your parents to take the massive picture down before they throw a family party and it becomes a talking point at some holiday gathering. Neither you or your cousin wants this, and if your parents knew the extent to which this picture was determining the timeline for when they get locked away in a home, they wouldn’t want it anymore either.