Queen For A Day! Everyone Has To Help This Girl Carry Her Backpack Because Her Wrist Is In An Ace Bandage From Tripping At Recess 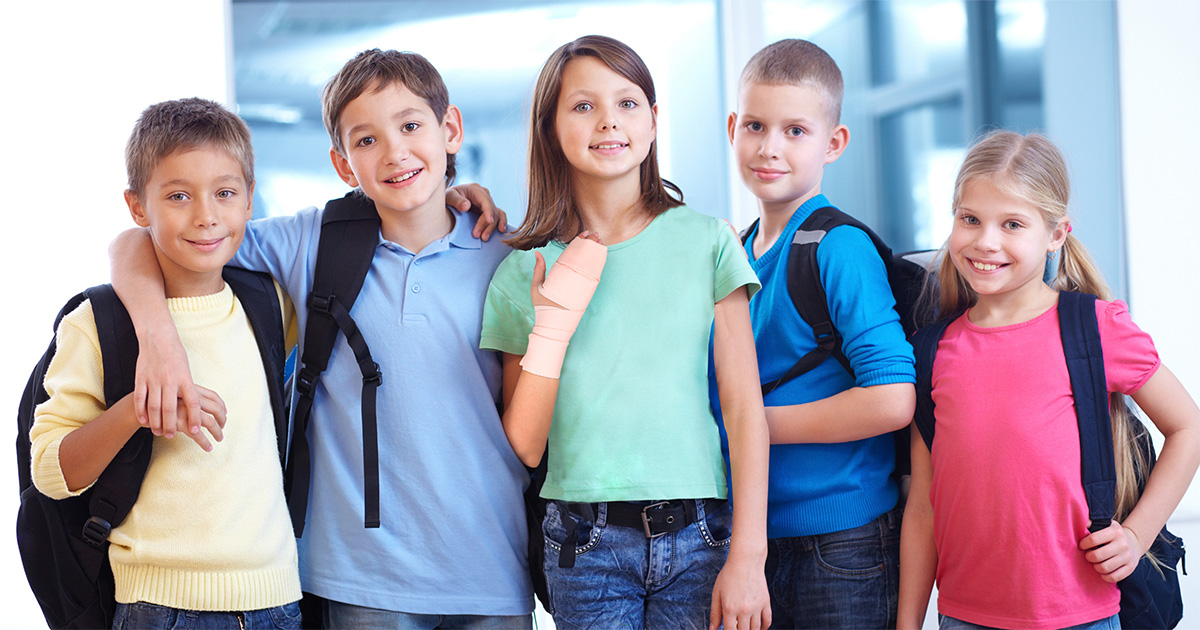 Watch out, because as of today there’s a new queen in town, and Her Royal Highness requires the unwavering support of all her loyal subjects: Everyone has to help this girl carry her backpack because her wrist is in an Ace bandage from tripping at recess.

At your service, Your Majesty!

Nine-year-old Hayleigh Martin may have walked into Woodhaven Elementary this morning as a regular student, but that changed as soon as she tripped and fell on the blacktop during a game of knockout, twisting her wrist in such a way that she had to be accompanied by a retinue of her three best friends to the nurse’s office. There, her royal transformation took place: The nurse wrapped Hayleigh’s twisted wrist in a supportive elastic bandage and decreed that she should “be careful not to bump it,” thus conferring such noble power on Hayleigh that two of her three friends literally held her arm in place while the third carried her backpack for her as they walked back to recess.

When class began, word of Hayleigh’s august station spread quickly: Ms. Evans asked Dominic, who sat next to Hayleigh, to pull out her chair to ensure she did not overstress the injured joint,  and four different classmates took turns holding her lunchbox on the way to the cafeteria so that Hayleigh could proceed unencumbered. Then, when Hayleigh raised her hand during social studies to let Ms. Evans know that her wrist was starting to feel tingly, Her Majesty was not only allowed to sit in the beanbag chair at the back of class reserved for reading time, but she also got to have Eliza accompany her to the back with her social studies folder and help her take notes even though her injury was not, in fact, on her dominant hand. The enormous ice pack the nurse had given Hayleigh was dripping and lukewarm by this time, but Eliza still saw to it that it was pressed against Her Excellency’s wrist to ensure maximum comfort.

At the end of the school day, Hayleigh was escorted out to the bus pickup area by an entourage of her classmates, who bravely protected their sovereign ruler from any troublesome kindergarteners who might try to poke at or headbutt her arm. By the time the bus came, Hayleigh’s bandage was dangling halfway off her arm, and she seemed to be playing Miss Mary Mack two-handed with no issue, so we’ll see if she retains her privileged status tomorrow, or if the injury is sufficiently healed and she returns to school good as new. Regardless, we are ready and willing to serve however we are asked. Long live Hayleigh!