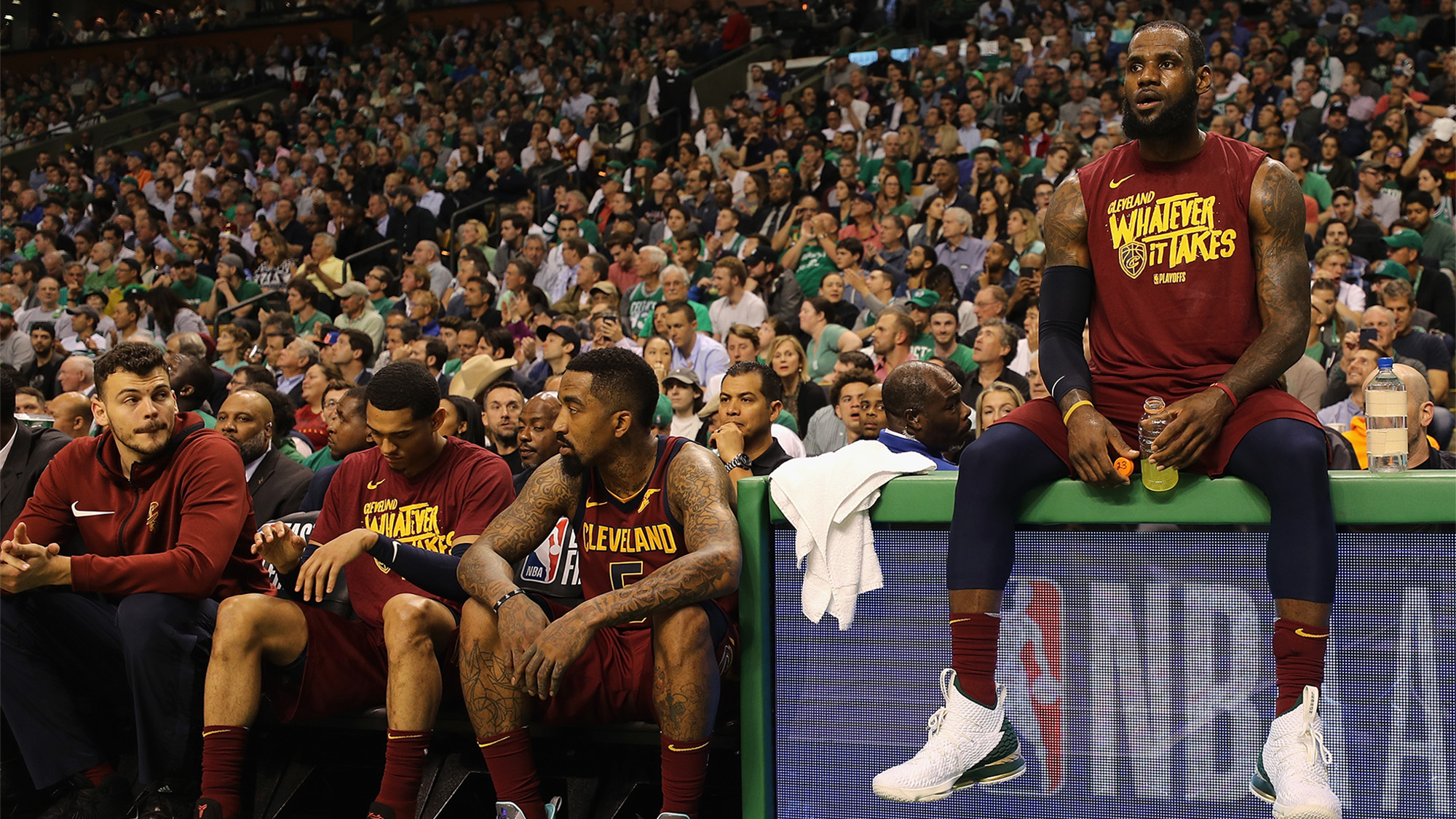 Those who tuned into the Eastern Conference finals Tuesday hoping to see the same top-tier basketball that defined game 1 were likely feeling a bit frustrated last night when, without warning, the contest was suddenly brought to a screeching halt. The highly anticipated game 2 matchup between the Boston Celtics and the Cleveland Cavaliers was delayed for around 20 minutes after a white person called the police reporting a large group of black men loitering on the court.

Once again, it seems that simply being black and playing in a nationally televised professional basketball game in America is considered a crime.

Just a few minutes into the second half of last night’s game at Boston’s TD Garden, police officers suddenly swarmed the court with guns drawn and screamed at the players to put their hands up, initially refusing to explain why. Police then ordered the entire rosters of both teams—with the exception of white players like Kyle Korver and Aron Baynes—to line up, at which point the men were handcuffed and subjected to pat-downs to see if they were carrying drugs or weapons. Only after forcing players to return to the locker rooms to get their IDs and checking for outstanding warrants did the officers finally reveal why they were there.

“On Tuesday at approximately 9:45 pm, officers responded to a woman’s 911 call claiming that a ‘large mob of young, tattooed, physically imposing black men’ was loitering on the TD Garden basketball court and making her feel unsafe,” said Boston Police Commissioner William B. Evans in a statement. “The caller, a white woman, claimed that there were two groups of black men wearing matching colors, and she feared that they were opposing gangs preparing for a violent confrontation. After thoroughly and properly investigating the matter, it was determined that there was no just cause for arrest, and the men, who were all discovered to be professional athletes on the two teams scheduled to play that night at the arena, were given warnings and released with no charges.”

“While we regret the misunderstanding,” he continued, “we staunchly defend the officers’ handling of the encounter and maintain that they did what was necessary, within the scope of the law, to keep the fans and players safe.”

What last night’s incident really shows is just how far we are from true racial parity in the U.S., and how not even world-famous athletes can feel safe from persecution simply because of the color of their skin. Hopefully this ugly episode will cause people at future sporting events featuring predominately black athletes to put their prejudices aside and just enjoy the game.