Readjusting To Civilian Life: Donald Trump Keeps Accidentally Shitting All Over The Floor Because His Mar A Lago Toilet Is In A Different Place Than The White House Toilet He’s Used To 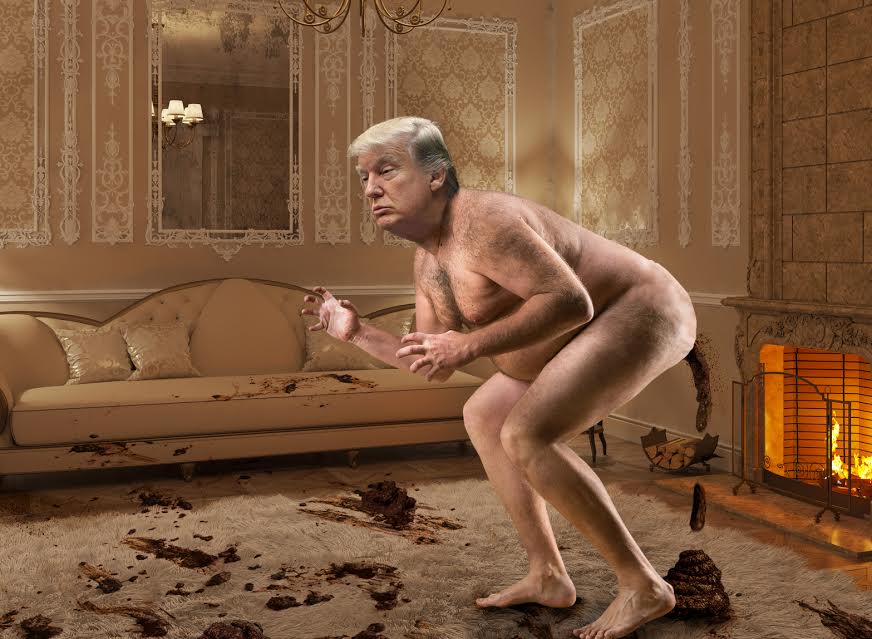 Any major change in life always requires a bit of getting used to, and according to a new report, it seems that is especially true when you’re coming down from being the most powerful man in the world: Sources say that Donald Trump keeps accidentally shitting all over the floor because his Mar A Lago toilet is in a different place than the White House toilet he’s used to.

Sounds like ol’ Donny’s having a rough time readjusting to civilian life!

Multiple sources close to the former president say that since leaving the White house, Trump has been absolutely wrecking the carpets at Mar A Lago at least “six or seven times a day” as he struggles to adapt his sphincteral muscle memory to his new surroundings. Sources confirm that it is now a fairly common occurrence for the 74-year-old to abruptly stand up wherever he is, drop his pants and underwear to his ankles, and announce “It is time for me to do brown in my fabulous presidential toilet,” at which point he will then absentmindedly stagger 15 paces to the left—the exact distance between the Resolute desk and the Oval Office restroom—and expressionlessly drop a large mess of feces onto the carpet. He will then, just as at the White House, make no effort to flush.

“The smell hits you like a brick wall the second you walk into Mar A Lago,” revealed one senior aide under the condition of anonymity, adding that while the housekeeping staff has been working diligently to clean the carpets, Trump’s infamous beef-centric diet generates far too much feces in a given day for them to keep up. “If Jared or Ivanka are here, they’ll gently redirect him to the proper facilities, but otherwise no one really has the balls to correct him. He’ll just mutter something like ‘This is where my toilet is’ and empty his bowels right where he’s standing, and then he’ll brag to whatever Mar A Lago members are around that he gets to use ‘the same toilet that George Washington brought to the White House from France.’”

The source went on to reveal that Trump’s eldest sons, Donald, Jr., and Eric, have also begun voiding their bowels on the Mar A Lago floor, seemingly in an effort to prove their loyalty to their father. While openly defecating on the ground might seem like yet another example of Trump defying long-established norms as he so often did during his presidency, sources insist that there’s nothing political about this behavior and that he “really just does not realize that his new toilet is in a different spot than his old toilet.” And with a much smaller Secret Service detail now than he had when in office, this pattern of shitting on the carpet may continue indefinitely, as Trump appears to need a fleet of staffers at the ready to offer him support with locating the lavatory.

To be fair, it must be quite the adjustment to suddenly go from being the leader of the free world to being just a citizen with no executive power, and certainly other former presidents have struggled with this change in their own specific ways. So we’ll give him the benefit of doubt on this one. But here’s hoping the ex-POTUS can quite literally get his shit together and figure out where his new toilet is before his carpet cleaning bills get out of control.