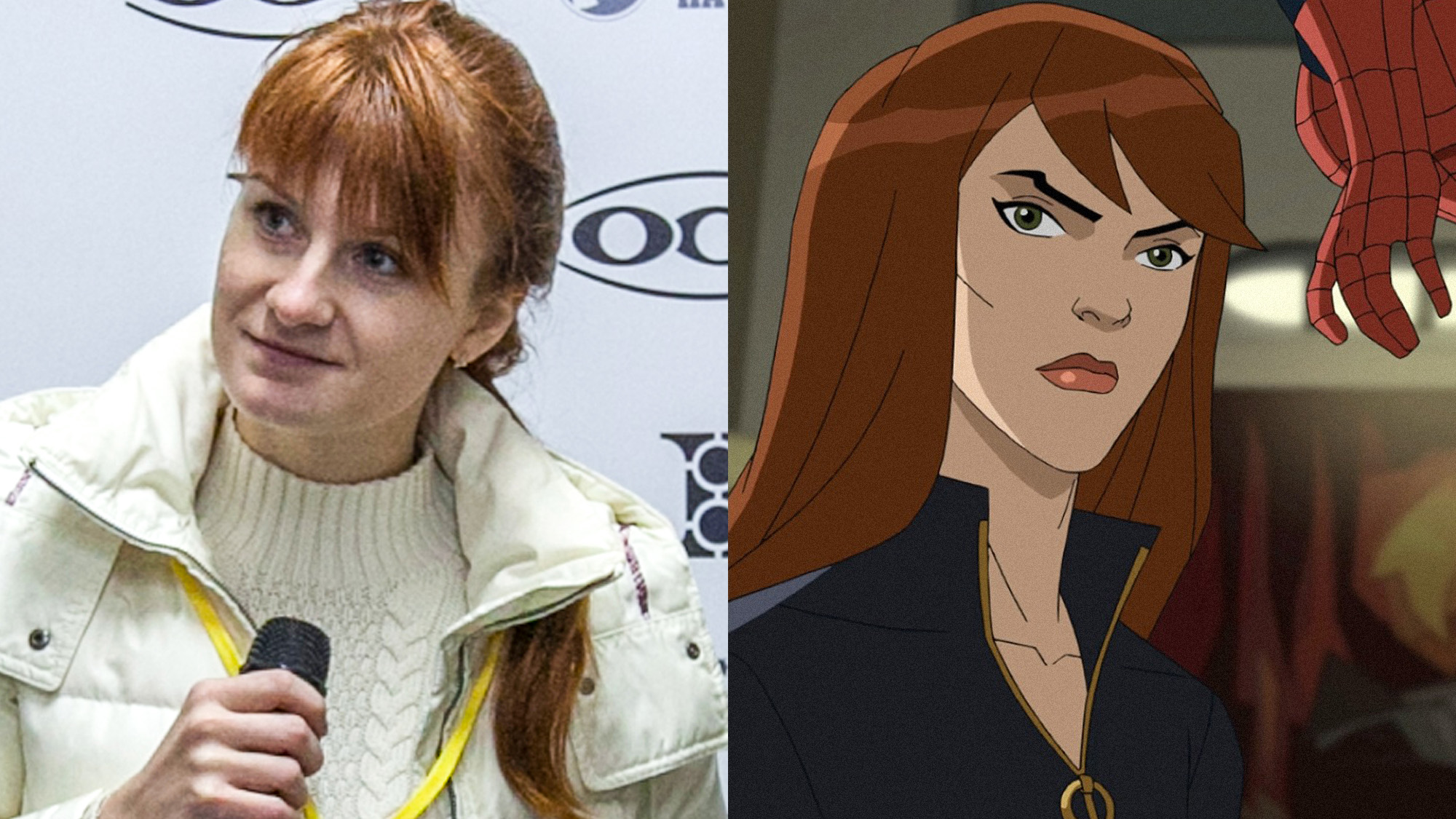 Maria Butina, a 29-year-old Russian woman living in Washington D.C., has been arrested by U.S. authorities and charged with being an illegal foreign agent. She infiltrated the GOP with a complex intelligence operation orchestrated by the Russian government, but the main thing you nerds have to know is that she’s basically real-life Black Widow.

Yeah, you comic book dweebs will eat that shit up. Maria Butina is the sexy Avenger known as Black Widow. Like and share this article about the real-life Black Widow, you Marvel-obsessed fucks.

We’re not going to bother getting into the nitty gritty of Russia’s covert ops to influence American politics when the only thing dorks like you care about is the Marvel Cinematic Universe. So here you go, you rubes—it’s real-life Black Widow, here to delight you all!

Could we take this comic book crap even further? Sure. Whatever you want, you fucking dweebs. Want Putin to be Thanos? Putin is Thanos, there you go. Trump can be Lex Luthor or whoever. Enjoy.

It’s totally rad that Russia is doing secret spy stuff in America, just like Hydra does, and influencing elections with sexy agents identical to Black Widow. Maria Butina is Black Widow, and it is so awesome for you she is Black Widow. Make our article about real-life Black Widow go viral, you idiots. Avengers assemble!