Really Going Through It: This 5th Grader Is Sobbing Uncontrollably On The Bus While Listening To The Chicks’ Cover Of ‘Landslide’ After She Got A 78% On Her Math Test 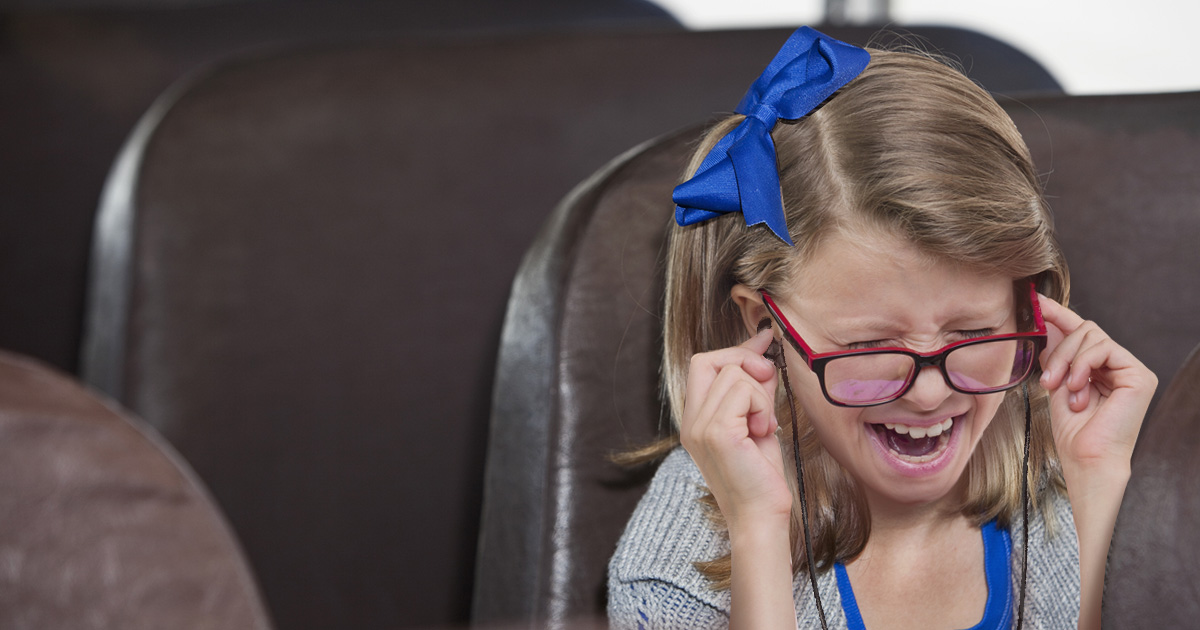 There are some things that happen in life that are so painful that, try as you might to hold yourself together, your only real option is to just let it all out. Case in point: This 5th grader is sobbing uncontrollably on the bus while listening to The Chicks’ cover of “Landslide” after she got a 78 percent on her math test.

Hang in there, girl. Do what you need to do.

From the moment that her teacher wordlessly handed back her test without adding any kind of praise for a job well done, 11-year-old Sarah Stimson, who’s usually a straight A student, knew she was in for bad news. After flipping the test over to see that she’d received a C+, which tragically factored in the two point curve the test was graded on, it took everything in Sarah’s power to keep herself from bursting into tears right then and there. Fortunately, math was the final period of the day, and as soon as the bell rang, Sarah began to weep as she sprinted out of Keene Elementary School toward her bus, where she immediately took her seat in the third row, popped in her earbuds, and pressed play on The Chicks song on her iPod Touch.

As the bus pulled out of the school’s parking lot, Sarah wiped away a tear while whisper-singing “Can I handle the seasons of my life?” under her breath, before crying even harder at the realization that, no, she cannot handle the seasons of her life, since getting one less-than-perfect score in 5th grade definitely means she’ll never become an optometrist like she always wanted to be. Looking back at her school through the window, she wondered how she’d ever manage to show her face in math class again after making such a bone-headed mistake on the test by forgetting that you can’t add fractions with different denominators.

As she replayed the song for the sixth time straight, Sarah daydreamed of staying on the bus past her stop and letting it take her somewhere far, far away where she’d never have to face the shame of having her parents sign the test to confirm they’d seen her grade, even though her parents put no pressure on her to make distinguished honor roll and, in fact, often remind her that her grades aren’t as big of a deal as she thinks they are. With her glasses completely fogged up from tears, Sarah concluded the best case scenario for the rest of her life would be to just run away and leave it all behind—the field hockey team, the flute lessons, and her beloved shih tzu, Frankie. Everything.

Here’s hoping Sarah’s able to find the strength to survive this dark chapter of her young life, as the feelings she’s experiencing right now are almost unbearable. Just remember that what doesn’t kill you makes you stronger, Sarah!