Remember That Guy From ‘The Apprentice’? He Got HOT And Bombed Syria 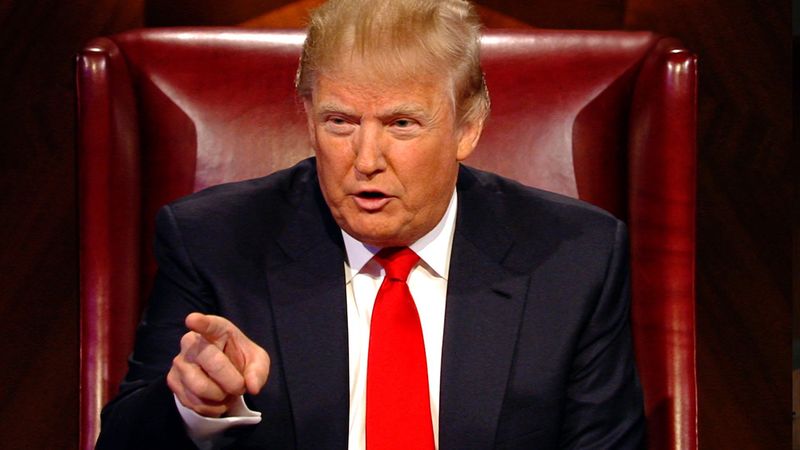 Do you remember that guy from The Apprentice? The schlubby-looking one who ran the boardroom and was in charge of kicking people off the show? We totally understand if you don’t, because frankly he wasn’t much to look at.

Well, a lot has changed since then for the Apprentice guy, whose name it turns out is Donald Trump. As dorky as he was back in those days, fast forward to now, and it’s a totally different story: Donald has gotten seriously HOT and just bombed Syria!

Boom. This guy’s a certified hunk.

It definitely took Donald some time to hit his stride in the looks department, but take one look at the newly minted heartthrob addressing the media after authorizing a strike on a Syrian government airfield and tell us you’re not absolutely swooning for this Fine-with-a-capital-F, broad-chested sculpture of a man.

Let’s get a look at the side-by-side to see Donald’s incredible transformation from ugly duckling to beautiful swan that just launched 59 Tomahawk cruise missiles at an air base:

The difference is hard to believe. On one side we have the awkward business guy you wouldn’t even give a second glance. On the other, HOT DAMN! From the cocoon emerges this beautiful butterfly that has put the safety of countless Syrians at risk by intervening in a complex and volatile civil war!

So, what’s Donald been up to since leaving The Apprentice? Well, besides presumably hitting the gym pretty hard…

He went on to have a pretty long career in real estate.

He moved to Washington, D.C.

He impulsively dropped 59 bombs on Syria on a whim.

Oh, and it looks like he’s become quite the athlete too…

Yup. The guy from The Apprentice was a late bloomer, but boy, did he bloom! It just goes to show, sometimes it takes a little time before the person you least expect ripens into a grade-A hottie with the power to exercise devastating military force halfway around the world.