Resistance Win: When One Of Her Students Wore A MAGA Hat To Class, This Incredible Teacher Stopped Having Sex With Him After School 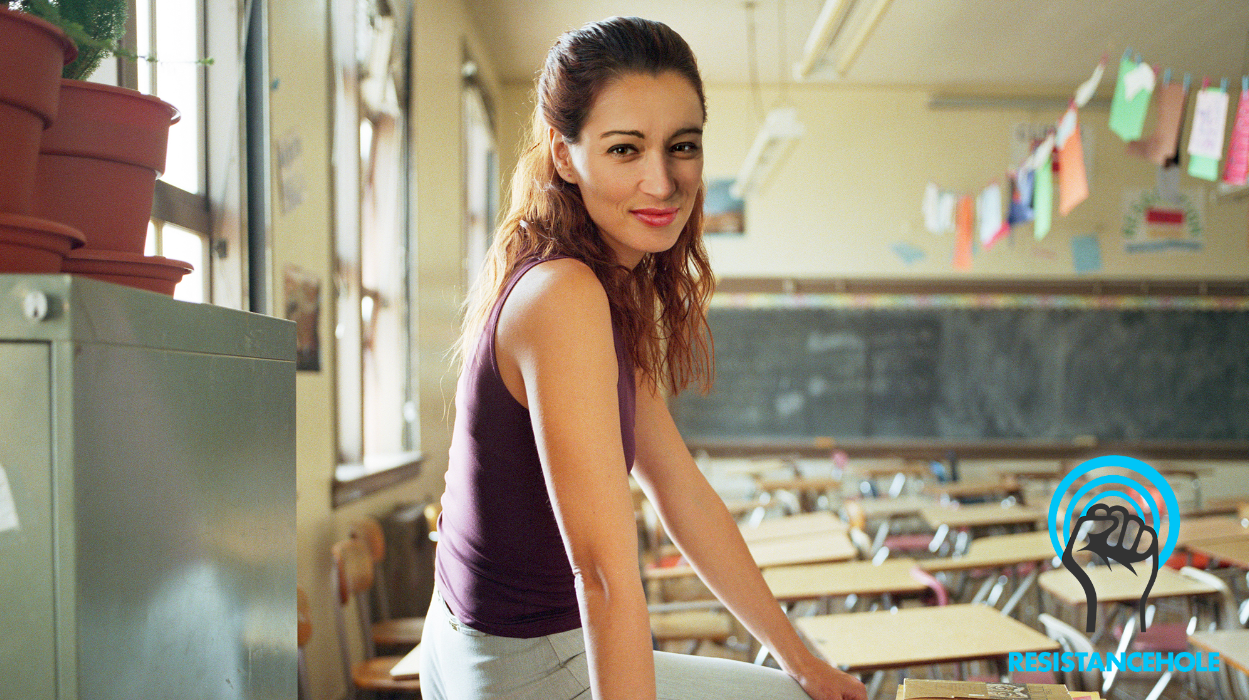 Fair warning to all you Drumpf lovers out there: You might want to keep scrolling past this story, because a Resistance smackdown this epic may be too much for you to handle: A student in this Toledo, OH high school wore a MAGA hat to class, and his incredible teacher’s amazing response was to completely stop having sex with him every day after school.

Absolutely perfect. Now THIS is how you secure a W for the right side of history!

As soon as ninth-grader Eric Rollins walked into her morning social studies class sporting his MAGA hat, his teacher, 34-year-old Amanda Higgins, stepped up by immediately pulling him out into the hallway and telling him point-blank that she would no longer be meeting him in secret to have sex in the football field snack stand during study halls. Yep, this teacher is the kind of heroic lover of freedom who simply refuses to have an affair with any student of hers who supports Trump’s despicable administration.

So. Epic. It’s not always easy to take a stand in a world where bigotry of all kinds has become the norm since Treasonous Trump took the reins, so it’s absolutely thrilling when someone like Amanda Higgins claps back by telling her Trump-supporting student that she’ll no longer be having sex with him in her car after he’s done with wrestling practice. That 15-year-old MAGA shithead just found out the hard way that actions have consequences.

Ms. Higgins, we salute you! The Resistance believes that you deserve to be having sex with a student who believes in freedom and equality for all—not a hateful and bigoted Trump supporter like Eric. Let this be a warning shot to all you Dump lovers out there: If you support this corrupt administration, your days are as numbered as the president’s, because there are plenty more badass takedowns like this on the horizon!