Righting A Wrong: MTV Has Admitted That Nicole Richie Should Have Been Disqualified For Using A Flamethrower Disguised As A Perfume Bottle To Incinerate Paris Hilton In Their 2006 Celebrity Deathmatch 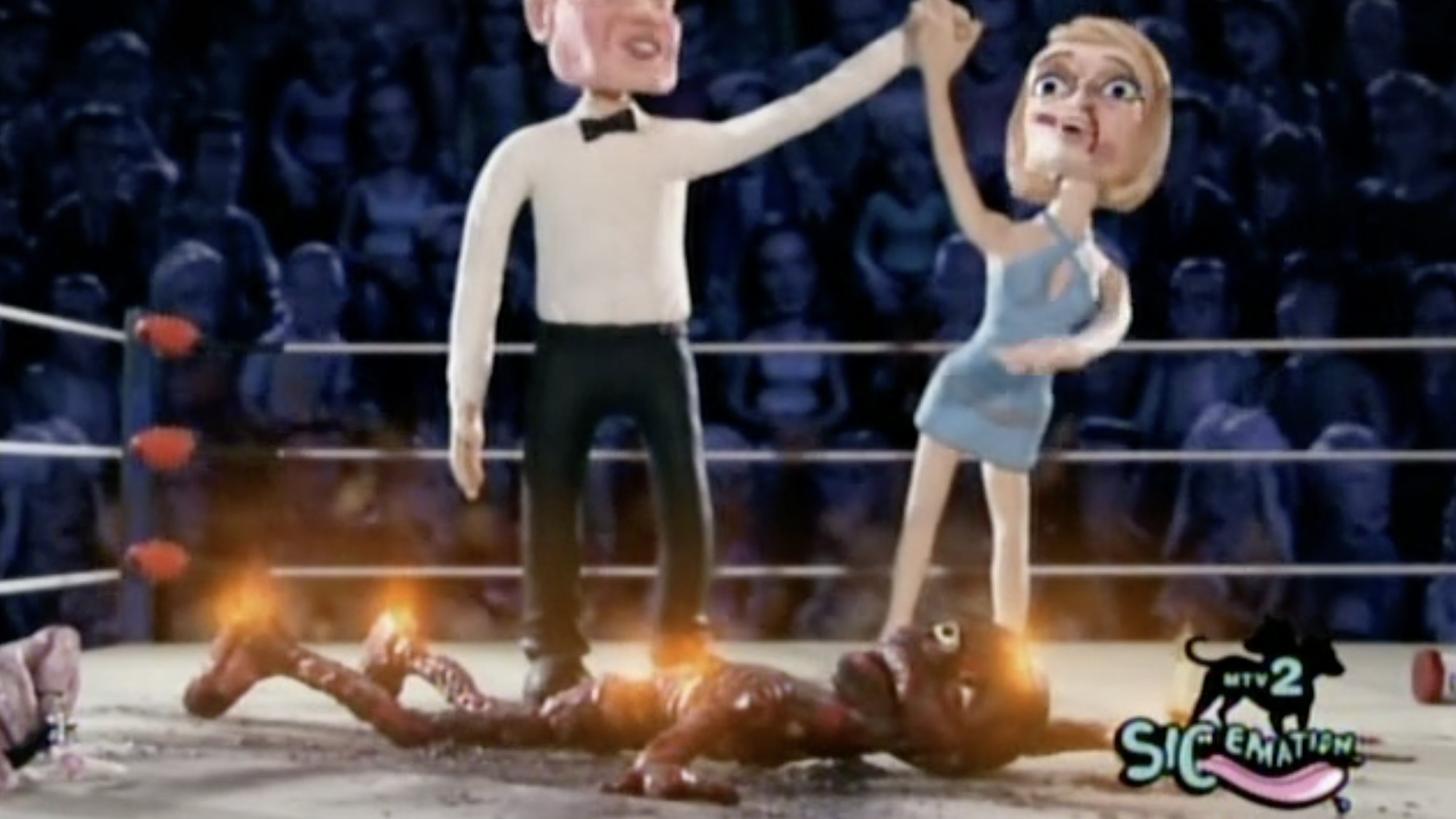 Here’s a story that’s sure to give you hope that at least some corporations out there believe in holding themselves accountable and doing the right thing: MTV has admitted that Nicole Richie should have been disqualified for using a flamethrower disguised as a perfume bottle to incinerate Paris Hilton in their 2006 Celebrity Deathmatch.

Right on! Kudos to MTV for taking the high road and owning up to its past mistakes.

MTV president Chris McCarthy admitted in a statement today that the second Nicole Richie pulled out her perfume bottle–shaped flamethrower, the Celebrity Deathmatch referee should have called the fight and named Paris Hilton champion by default. In an apology that many fans have been waiting over a decade for, he admits that it was wrong of MTV to name Ms. Richie the Celebrity Deathmatch champion after she used an unauthorized weapon to gain an unfair advantage and ignite Ms. Hilton in flames, incinerating her down to a charred and flailing skeleton. The statement goes on to express deep regret that Richie’s flamethrower flew in the face of the principles of Celebrity Deathmatch, which promised a clean and fair fight to the death:

“From the beginning of the match, when Nicole distracted Ms. Hilton with a shiny bracelet so she could sucker punch her in the face, there were signs of unsportsmanlike behavior, but because of the big-name celebrities involved, we allowed the match to continue,” McCarthy explained. “Going forward, our record books will mark Paris Hilton, who fought an honorable and a fair fight with nothing but her fists, feet, and purse, as the winner. It may not bring Paris back to life, but this is the least MTV can do to hopefully correct what was an egregious slip in judgment.”

While they deserve credit for this mea culpa, Celebrity Deathmatch producers have remained frustratingly silent on why they didn’t disqualify Leonardo DiCaprio after he employed a giant Venus flytrap that ate Woody Harrelson, or Pamela Anderson after she weaponized radioactive breasts against Heather Locklear. Nevertheless, despite it being over 10 years since the fight, it’s great to see a company like MTV doing the right thing and naming Paris Hilton the rightful winner! Our hat is off!