Roadmap To Peace: Necco Has Set Aside A Roll Of Wafers For Israel And Palestine To Share Only After They Achieve A Two-State Solution 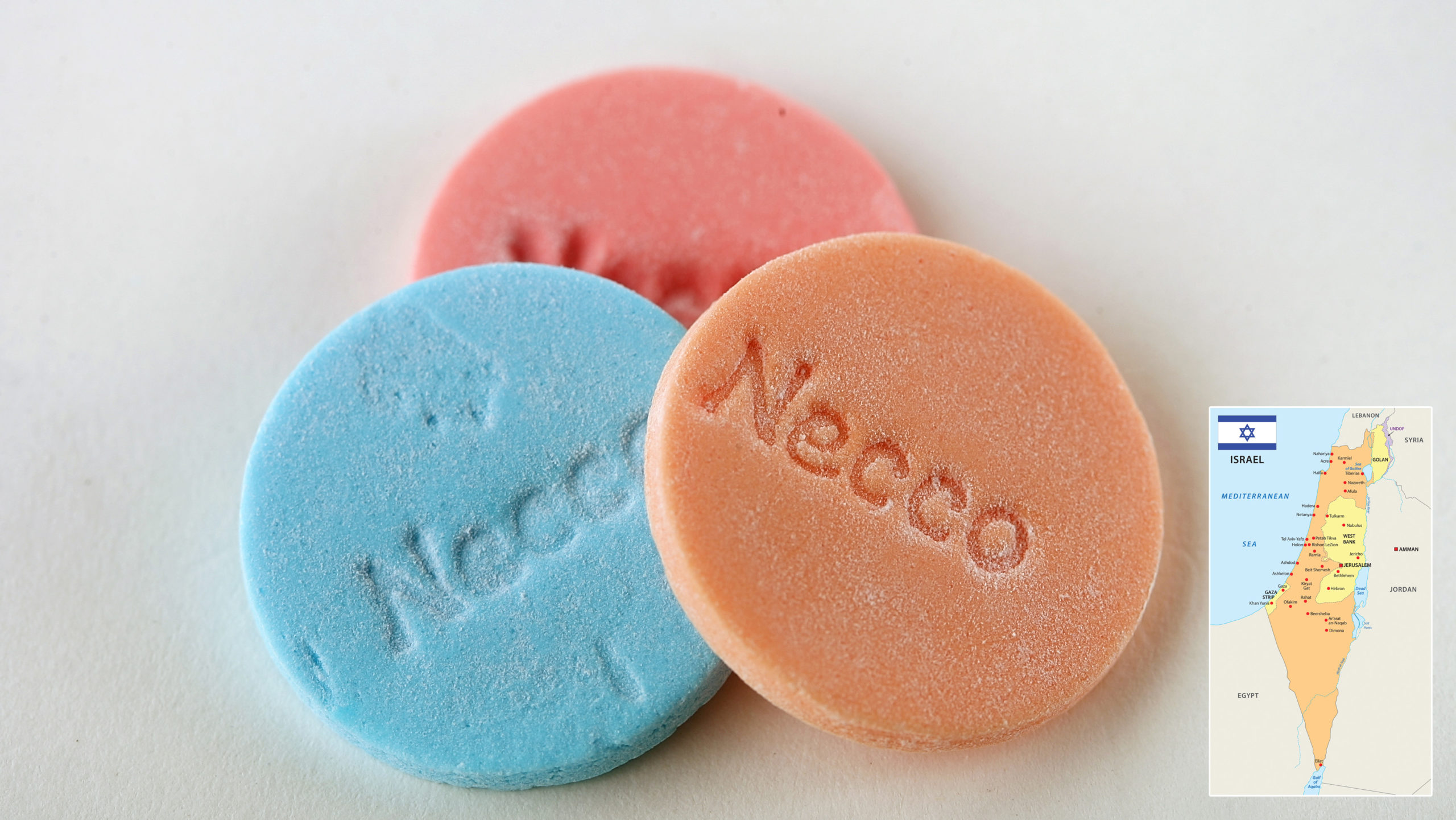 With violence flaring up in the Middle East, peace between Israelis and Palestinians seems like a more distant goal than ever. Fortunately a new diplomatic player has entered the fray and seems determined to bring these two warring factions together. Candy company Necco announced that it has set aside a roll of Necco Wafers for Israel and Palestine to share, but only after they achieve a two-state solution.

Necco is playing hardball here, because it’s made clear that not a single chalky, sweet wafer is up for grabs until a peace treaty is signed.

“If the people of Israel and Palestine want to get their hands on this roll of delicious Necco Wafers, they must first stop the horrific cycle of bloodshed that has brought destruction and misery to their region for decades,” the CEO of Necco Wafers, Michael McGee, said in an impassioned speech at the United Nations today. “We call on the leaders of Israel, Fatah, and Hamas to set aside their differences, because the sooner you agree on a two-state compromise, the sooner you’ll get a complimentary roll of Necco Wafers to share.”

After unveiling its bold peace plan, Necco mailed the roll of wafers to neutral U.N. observers in Geneva, Switzerland, where it will remain under armed guard until Israelis and Palestinians reach a lasting peace accord, at which point the waxy paper containing the Necco Wafers will be split open and Israeli and Palestinian leaders will divide candy amongst all their citizens.

Unfortunately, negotiations are off to a rocky start as both the Israelis and the Palestinians have simultaneously declared they are the rightful owners of the entire roll of Necco Wafers and have no intention of sharing. Let’s hope they can work past their conflict and reach a peaceful accord, because otherwise those discs of sugar will never be eaten in the Holy Land.