Sad, But Sexy: The Torso They Dredged From The Lake Has A Six Pack 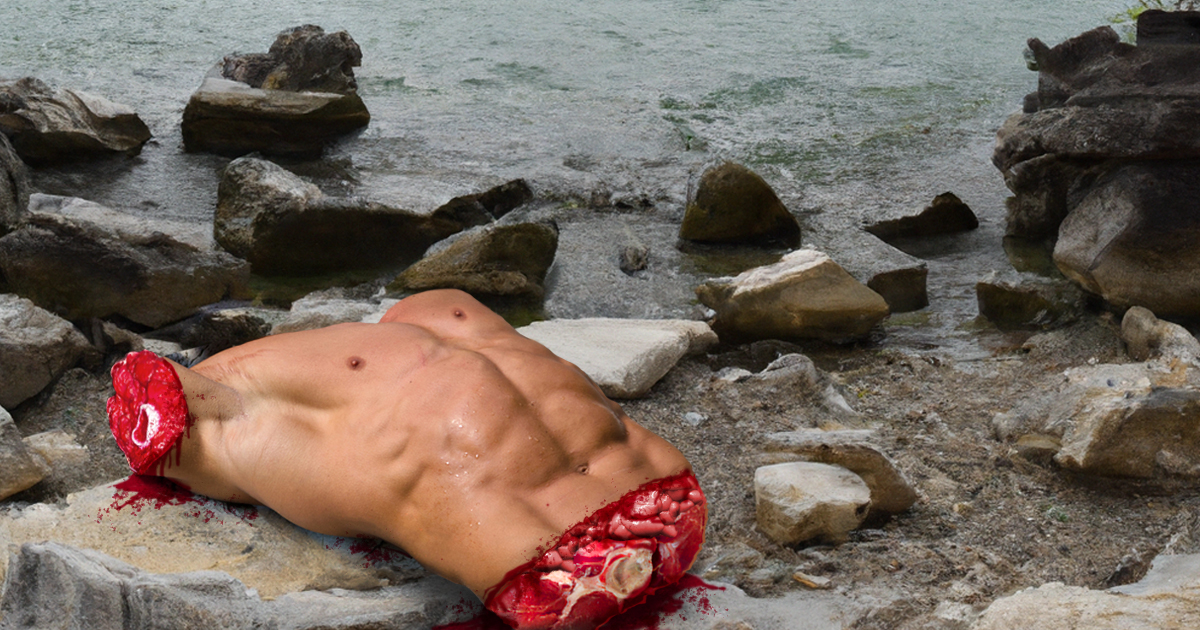 The following story is unfortunately quite disturbing, but thankfully, it is a bit sexy as well: The torso they dredged from the lake has a sick pack!

Wow. RIP to an unidentified hunk!

Earlier this morning, the police department in Traverse City, Michigan recovered a recently dismembered torso of a male currently identified as John Doe, though we have to assume it was probably something more like Chad or Antonio given the chiseled abs that were instantly visible as soon as the chiseled torso was pulled out of the lake’s murky depths. It was 7:43 a.m. when a member of the team first noticed the toned, glistening abdomen floating near the easternmost side of the lake and positively identified it as the body of an absolutely yoked human male, sending a wave of horror, shock, arousal, and insatiable sexual desire through the crowd of police and onlookers present. Though no other body parts were recovered during the subsequent four-hour search of the lake, investigators suspect that the victim’s toned legs, bulging biceps, and broad, angular face may well have been disposed of within a mile of his picture-perfect midriff.

The police department immediately launched a homicide investigation when the torso was recovered, and have since been working around the clock since to determine who might have harmed this hot and innocent victim—whether an intimate partner, a coworker, or perhaps a similarly sexy foe who engaged him in a sweaty wrestling match on the oily floor of an auto repair shop before the tragic crime took place. It is truly heartbreaking, and yet also so tempting, to think that this poor beefcake was likely stripped naked by his attacker, his taut and tanned skin exposed in some dark, sensuous wooded clearing under the moonlight, all before he was torn limb from limb and thrown in the lake for us to cry and drool over. Though the timeline of events is not yet clear, we are certain that as more details come out, we will be provided with a more detailed and tantalizing picture of the attack.

There is no doubt that whoever did this committed an absolutely heinous crime and took the life of an adonis-like male specimen. We hate to see such awful violence take place, though the sight of the torso itself was, to be frank, as stimulating as it was harrowing. Here’s hoping the police solve this case ASAP and provide justice for our new dead, headless crush. He deserves it!