Sad Day For Music: The Rope That Was Tied Around Ed Sheeran’s Waist Before He Entered The Fog Just Went Taut And Came Out Covered In Slime 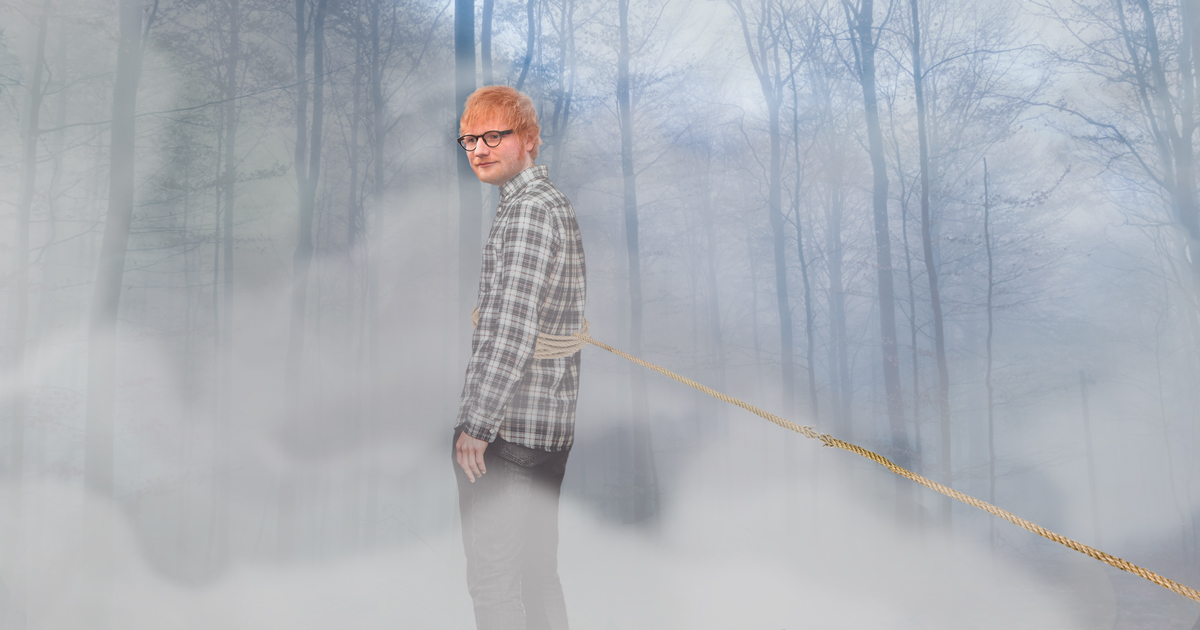 The world became a colder, less joyful place today, because a tragic turn of events has robbed the music industry of one of its brightest young stars: The rope that was tied around Ed Sheeran’s waist before he entered the fog just went taut and came out covered in slime.

It’s heartbreaking to see the fog take someone with such a promising future ahead of them.

Ever since an explosion at a clandestine government laboratory opened a rift between our own reality and a bizarre, fog-shrouded hellscape, people all across the Eastern seaboard have been doing their best to survive the mysterious fog and the unthinkable terrors it conceals, and it seems that beloved songwriter Ed Sheeran has tragically lost that fight. While details are still emerging, it sounds as though Sheeran had attempted to venture out into the parking lot of the rural gas station where he and a handful of survivors had sought refuge from the otherworldly fog, likely to grab ammunition from the cruiser of the state trooper who was carried off by a large, bat-winged creature the previous night. Other survivors had volunteered for the risky job, but Sheeran selflessly argued that his prior experience with fog machines at his concerts made him the candidate most able to navigate through the fog.

The attempt started off well, with Sheeran disappearing from view and giving a single tug on the line as a signal to let out more slack, but things rapidly went south after the Grammy-winner accidentally banged his acoustic guitar against a vehicle and set off its car alarm. Sheeran valiantly attempted to harmonize with the alarm in hopes of soothing any creatures disturbed by the noise, but his musical improvisation only made it easier for the unnatural beings to locate his exact position. Strange, trumpeting cries echoed forth from the fog as a powerful force suddenly pulled the line taut, and though the other survivors were eventually able to wrestle the rope back to the station, sadly all that remained in the loop at the end was a thick coating of pink, viscous slime.

Damn. Twenty nine years is way too young to be pulled from your tether by an unseen, extra-dimensional entity.

Some of the survivors have already proposed a recovery mission in the hopes that Sheeran might still be alive, but the guttural moans of a nearby leviathan have forced them to stay put in the gas station for now. Further complicating things is the fact that one of the gas station’s attendants has developed a chitinous exoskeleton on the parts of his hand that touched the slime as he was pulling in the rope, prompting a heated discussion over whether or not to amputate the arm that only wastes precious time and energy that could be spent consulting maps of the surrounding area for caves where a creature may have deposited the “Shape of You” singer for later use.

It’s also hard to know what to make of the fact that a trilobite-like creature with uncanny human eyes—blue eyes like Sheeran’s—crawled up to the gas station shortly after the incident and mournfully clicked its mandibles to the rhythm of “Thinking Out Loud” at one of the survivors Sheeran had been closest with before skittering back into the fog. It’s possible from what we’ve seen of the slime’s effect on human flesh that the fog entities seem more interested in transforming Earth life than destroying it, but even if Sheeran’s consciousness persists in some form, the loss of his human arms and larynx still almost certainly means the end of his music career.

Some in the music world have already offered their condolences on Twitter: 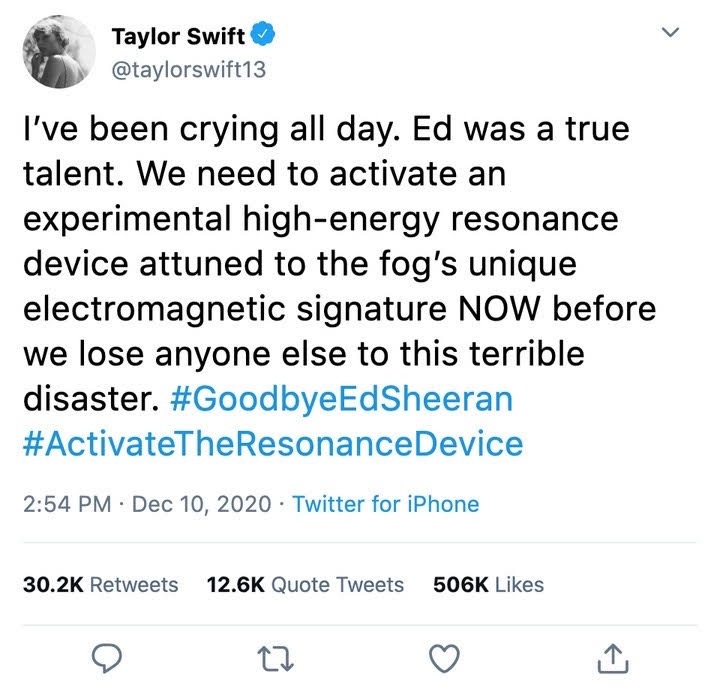 This is just a crushing blow to all the fans who were excited to see where this talented young artist would take his craft next. We’ll always treasure the music he was able to share with us before his rope came back covered in slime, but it truly hurts to think of all the incredible albums he had yet to write that have vanished into the fog along with him.