Sad Time For America: Even The Jocks Are Taking This Active Shooter Drill Seriously 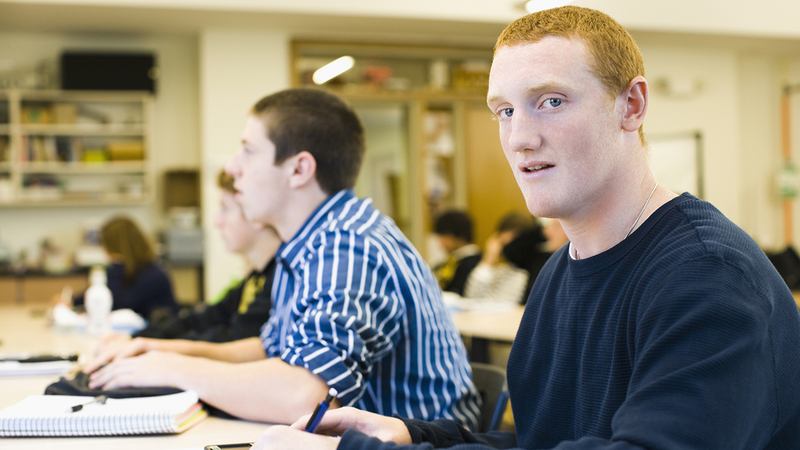 An utterly devastating scene is currently unfolding at Saxonburg High School in North Carolina that’s a perfect illustration of just how commonplace gun violence has become in the United States: The school is currently running an active shooter drill and even the jocks are taking it seriously.

Utterly heartbreaking. This is truly a dark time to be an American.

Members of the school’s boys’ lacrosse team, who would normally be messing around during any kind of official school activity, remained focused and silent during the shooter drill this week, and their failure to continuously laugh or obnoxiously mock their teacher as she walked them through the actions they should take in case of a real-life shooter is a gut-wrenching sign of just how far our nation has fallen.

“In the past we’ve seen these guys playing paper football during hurricane drills and trying to see who can shout ‘penis’ the loudest during our assembly about the dangers of drunk driving, but they’ve been eerily well-behaved while I teach them how to react if a crazed gunman goes on a shooting spree in the school,” said math teacher Rebecca Lopez, who was conducting the active shooter drill. “Last week we had a fire drill, and one of them shouted that the alarm was going off because he had an ‘emergency boner,’ but today when I passed out maps of our school’s emergency exits, they were all quietly highlighting the most efficient ways out of the building in case someone ever opens fire on students and faculty.”

This is truly tragic. The fact that these kids are paying attention, and even taking notes, while their teacher prepares them on how to survive a school shooting is proof of just how bleak things in this country have become. The terrifying possibility that so many American schoolchildren face every day has prevented these jocks from making even a single fart noise for the past half hour, which is a sure sign of a truly broken society.