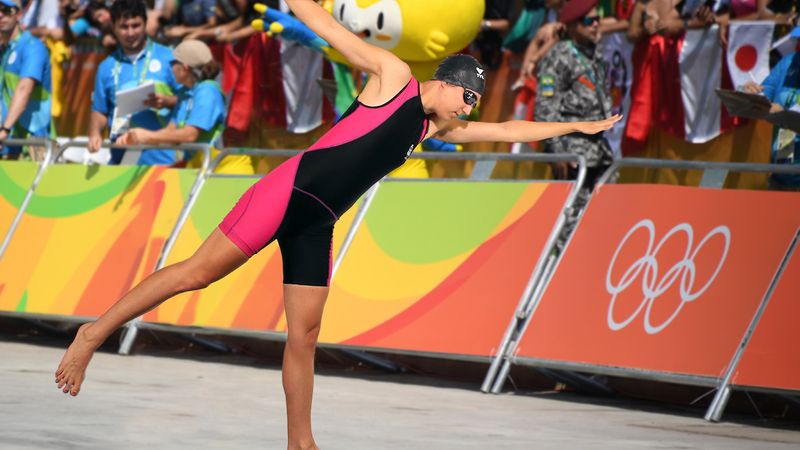 The Rio Olympics came under major fire this summer, after news broke that their water venues were highly polluted with raw sewage, garbage, and human remains. Of particular concern was Copacabana Beach, where triathletes were set to kick off their competition with a 1,500-meter swim. People called upon the International Olympic Committee to fix this mess, and they just delivered: To avoid any risk of waterborne diseases, all triathletes will mime the swimming portion of their race on dry land.

Whoa. This is huge. It’s great to see the IOC make safety a priority!

Instead of rushing into dangerous waters when the starting pistol sounds, triathletes will remain on the beach, where they’ll mime the act of swimming without leaving the safety of the sand. Swimmers will be allowed to use any stroke they choose, slicing their arms through the air either from a standing position or while lying belly-down on a beach towel. Once the triathlete has mimed his or her way through the full 1.5 kilometers, they can hop on their bicycles and go.

According to the IOC, a beautiful, hand-painted backdrop of cheering spectators will be placed behind the athletes, moving farther away as the swim progresses to give the illusion of distance. Volunteers will wave cardboard fish and dump buckets of purified water onto the competitors, and to top it all off, a large man dressed as a buoy will repeatedly walk past the event, bobbing up and down slowly.

Awesome! Seems like they’re really pulling out all the stops to make sure the mimed event feels just like the real thing.

It’s too bad that Rio’s water issues made a real swimming event impossible this year, but all things considered, this is the safest possible compromise. The health of our Olympians must come first. Best of luck to this year’s triathletes, and a big “break a leg!” to the special-effects team that will help bring their swim to life. You’re all going to do an amazing job!