Science FTW: NASA Astronomers Just Reported That Everyone In The Western Hemisphere Will Have A Depraved Sex Dream About The Looney Tunes Next Friday Night 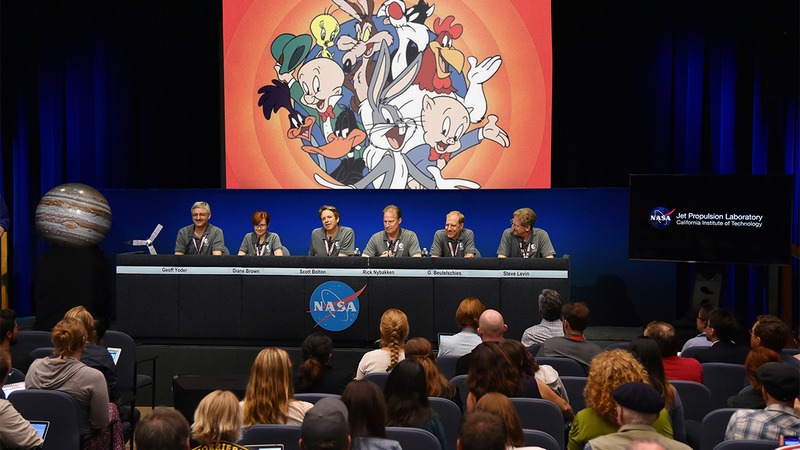 Americans are in for an incredible once-in-a-lifetime spectacle this week. NASA announced that everyone in the Western Hemisphere will simultaneously have a depraved sex dream about the Looney Tunes next Friday night.

Make sure you’re asleep Friday, because you won’t want to miss this rare treat!

“Every single person in North America will experience the same unhinged sexual bacchanalia starring the Looney Tunes when they enter REM sleep on October 6,” NASA announced in a press release this morning. “Bugs Bunny, Porky Pig, Sylvester, and the rest of the gang will be in full view as they pound each other to orgasmic ecstasy using every conceivable orifice.”

According to scientists, the cosmic event will start at approximately 11:19 p.m., when your normal nighttime dreaming will be interrupted by the Warner Bros. logo zooming into view accompanied by the Looney Tunes theme song. The dream will then begin with Foghorn Leghorn striding into view sporting a fully erect feather-covered 12-inch phallus and conclude around three hours later with a disheveled Elmer Fudd using a straw to greedily slurp up a pool of bodily fluids from dozens of cartoon characters that has completely flooded a rabbit hole. Astronomers predict that the dream’s height of perversion will occur at 12:49 a.m., which will feature a hardcore BDSM scene where Yosemite Sam is hogtied using his own mustache, then brought to orgasm by having Tweety and Speedy Gonzales enter his anus to 69 each other.

If you’re lucky enough to live in certain states, including Oregon, Nebraska, Illinois, and North Carolina, NASA also predicts that you’ll enjoy an even more vivid version of the dream in which you yourself will receive oral sex from Wile E. Coyote while the Road Runner gently pleasures him using an ACME strap-on.

A partial Looney Tunes sex dream also occurred in 1956. However, it only manifested as a much less perverse French kiss between a fully clothed Marvin the Martian and Duck Dodgers, with some mild nipple play.

So this Friday night, tuck into bed early so you’re fast asleep to see one of nature’s grandest shows. You won’t want to miss it, because the next disgusting Looney Tunes sex dream isn’t going to appear in everyone’s unconscious until 2078!