Science Win: Anthropologists Now Believe Neanderthals Had Big Stupid Grins On Their Faces Pretty Much All The Time 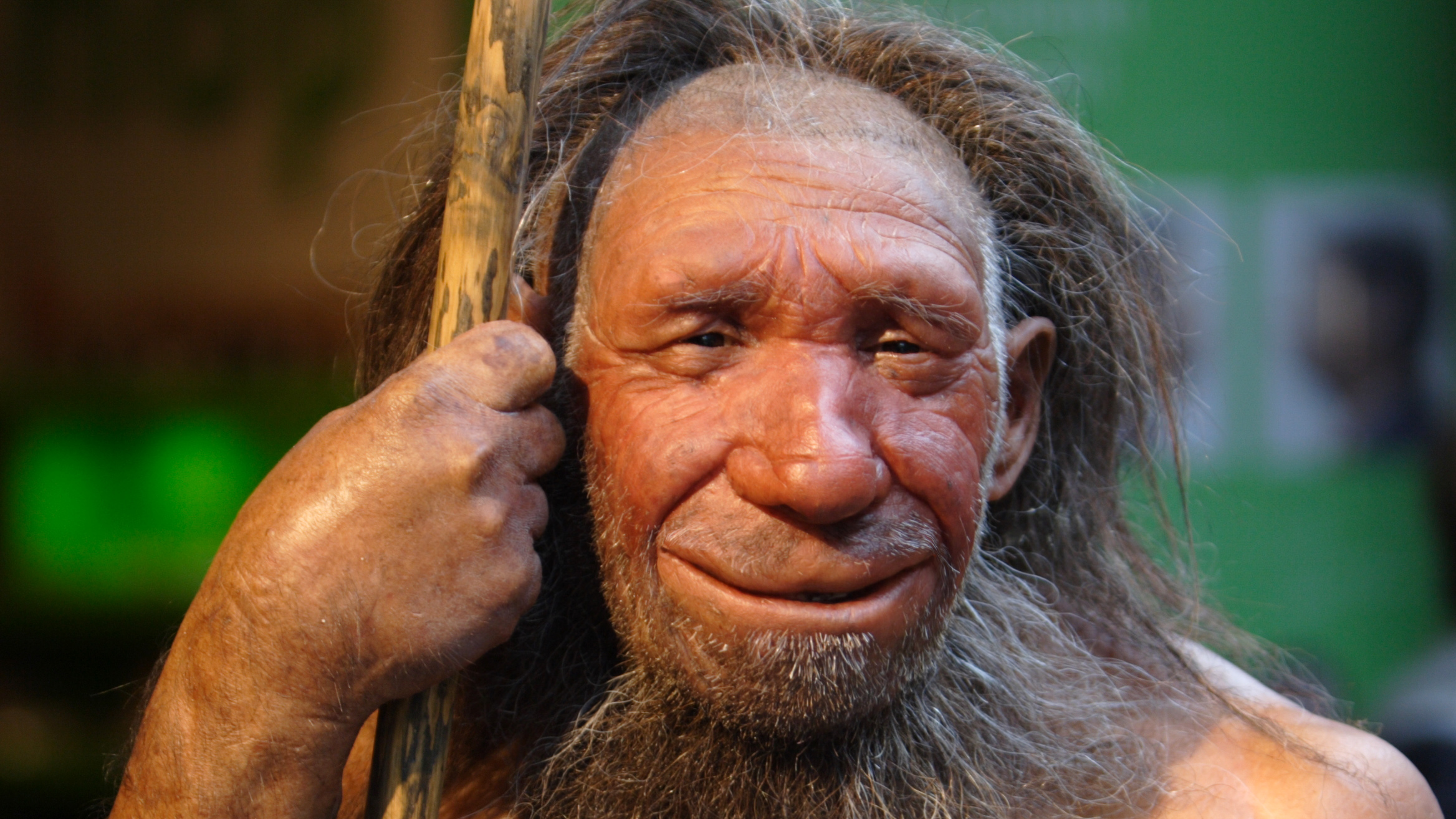 Researchers have just announced an incredible scientific discovery that could completely change the way we understand one of mankind’s closest evolutionary relatives: According to a groundbreaking new study, anthropologists now believe that Neanderthals had big stupid grins on their faces pretty much all the time.

Whoa. This is a seriously major breakthrough!

Following an exhaustive five-year study, a team of researchers at Oxford University says it’s uncovered incontrovertible proof that Neanderthals were more or less just always strolling around and smiling like idiots, their lips spread so wide that their faces basically looked horizontally bisected in a Muppet-like fashion. Knowing that Neanderthals were constantly sporting huge, goofy-ass grins that fully bared their teeth and gums could have massive implications on how we perceive these early ancestors and what their role was in the emergence of modern humans.

“By digitally overlaying the muscle and tissue structure over jaw fossils gathered from across Europe, it’s evident that Neanderthals always had big, shit-eating grins on their faces that would bug the hell out of everyone they came into contact with,” said Dr. Sarah Ellens, the study’s lead researcher. “We’ve known for some time that Neanderthals were adept at using tools, but, interestingly, when we analyze oxidation levels on teeth and dental fragments, what we find is that basically no matter what they were doing—whether banging away with their hammers, hunting animals, or huddling for warmth—their mouths were pretty much always hanging wide open, smiling ear-to-ear with obnoxious, self-satisfied looks plastered on their faces.”

Dr. Ellens continued to say that by studying things like the Neanderthals’ cave etchings, larynx structures, and social patterns, her team was also able to conclude that they were probably always whistling made-up, silly little songs to themselves and giving big friendly hellos to passersby. The researchers posit that this happy-go-lucky behavior was likely a primary contributing factor to the species’ eventual extinction, as late Neanderthals’ eagerness to walk up very close to members of emerging Homo sapiens populations and smile at them from less than an inch away almost certainly exposed them to the foreign viral pathogens that would wipe their kind from the face of the earth. Yet even as their entire species was being mercilessly annihilated by horrific disease, researchers say the Neanderthals nonetheless continued to sport their ridiculous shit-eating grins, utterly oblivious to their dire circumstances.

The importance of these new discoveries cannot be overstated, as the revelation that Neanderthals constantly had gigantic wacky smiles on their faces will forever change the way we study and perceive our early ancestors. Someone get the Nobel Committee on the phone, because this is, without a doubt, the biggest scientific breakthrough of the year.