Seafood Fans Rejoice! If You Go To Red Lobster And Find A Lobster That Has A Human Head Identical To Yours, It’s 50% Off! 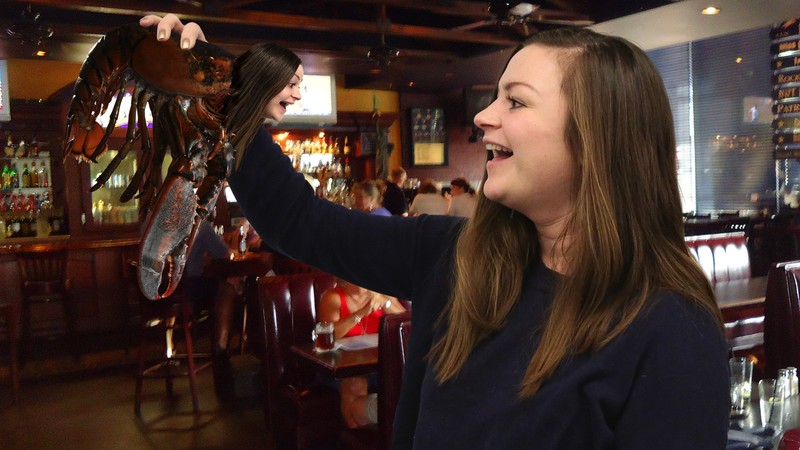 If you’re a seafood lover, then get ready to celebrate, because we have some news that is going to make your day. Red Lobster just announced a new dinner deal that gives you 50 percent off the price of any lobster with a human head identical to yours.

“Look in our fish tanks until you make eye contact with a lobster staring back at you with your selfsame visage, and we’ll serve it up with our signature cheddar bay biscuits and a side of your choice for just half the price,” says an ad on Red Lobster’s website announcing its awesome new lobster promotion. “For a limited time only, if a lobster has your head, it’s half off! So come on down to Red Lobster and crack into a Maine-caught lobster that looks like you and looks at you for an unbeatable price. Just don’t forget to save room for dessert!”

Okay, did anybody else’s stomach just start rumbling? Seriously though, if you love seafood, this deal is pretty irresistible.

Something to be aware aware of: It looks like they’re only honoring the deal if the lobster’s head is identical to yours. So, if you go to Red Lobster and find a lobster with a head that just kind of looks like yours, or is your head, but a much older version of your head, or if the lobster with your head has a mysterious scar across its face that you don’t have yet, sorry, but you’re out of luck.

All things considered, it’s still a pretty great deal. According to Red Lobster’s website, the restaurant is only offering this deal on lobsters with your head through February, so make sure you take advantage of it before it’s too late. Bon appétit!