Secrets For Saving Money On Your Next Plane Ticket 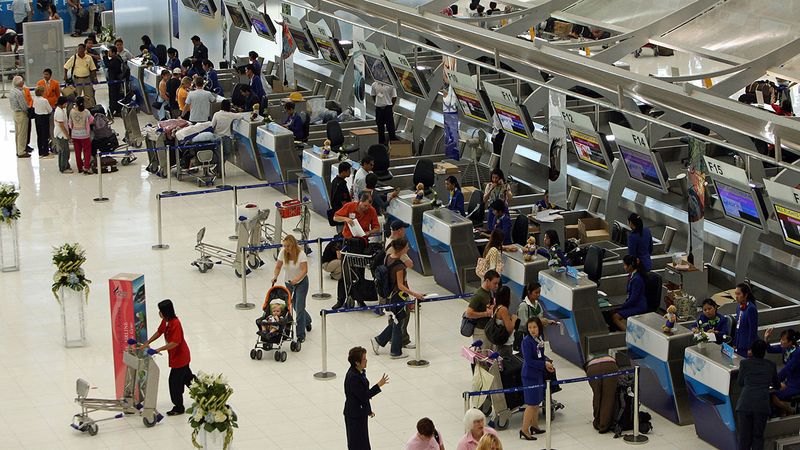 Looking to get away? Check out these tips to save yourself some dough before you book the big trip.

2. Star in one of the in-flight movies: Due to a Screen Actors Guild bylaw, any main or supporting actor in a film is legally allowed to board any plane where their film is an available in-flight entertainment choice. This is a surefire way to fly and cut your costs!

3. Buy a coal-shoveler’s ticket: Sure, you’ll have to shovel coal into the plane’s furnace for the whole flight, but if you’re up to the task, there’s no better way to save.

4. Only fly on planes with a pilot named Ladd: Airlines offer huge discounts on flights piloted by tiny, spindly men named Ladd—you just have to know where to look! But watch out: Planes piloted by large, hairy-armed men named Octavius have been known to cost travelers big time.

6. Let your airline know that your heart belongs to the skies: If you write “My Heart Belongs To The Skies” on your boarding pass, airlines will let you fly for free, because it’s technically against the law for airlines to stop people from following their heart.

7. Only fly on Eli’s Bad Plane: Eli has a bad plane. It is very small and mostly broken. He built it himself 50 years ago and it melts in the sun. Tickets are $10 for any international flight.