Sensible Gun Reform: Florida Will Now Require Anyone Carrying Out A School Shooting To Be Accompanied By A Therapist To Ensure They’re Not Mentally Ill 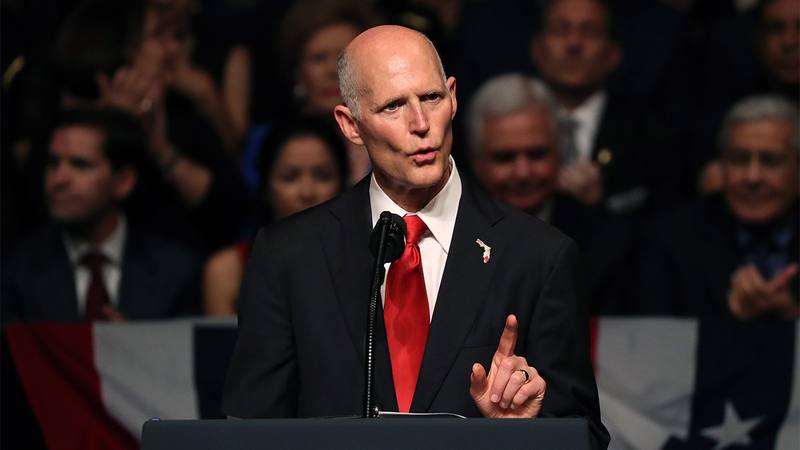 Sadly, many students and teachers in America today live in constant fear that their school could someday be attacked by a deranged gunman. But after the deadly shooting at Marjory Stoneman Douglas High School, Florida lawmakers have finally stepped up to pass legislation that will protect students in their state from experiencing a similar nightmare: Florida is now requiring anyone carrying out a school shooting to be accompanied by a therapist to ensure they’re not mentally ill.

Thank God. With this regulation in place, the possibility of a troubled person using a gun to carry out horrific violence will no longer be a daily concern for Florida’s schoolchildren.

According to the new gun safety regulations, anyone who opens fire on students, teachers, or staff at a Florida school must now be chaperoned by a licensed counselor, who will periodically administer an array of verbal and visual tests to the shooter to confirm that he or she is not experiencing symptoms of any psychiatric disorder recognized by the DSM-5 for the duration of the armed rampage. The therapist accompanying the shooter will be required by law to stay at his side for the duration of the attack and to monitor him from the moment he opens fire on his classmates and teachers to the moment he turns his gun on his final victim.

If at any point while firing on their classmates, the active shooter exhibits symptoms of psychosis, bipolar disorder, ADHD, or any other form of mental illness, the therapist will be legally obligated to report the ongoing massacre to both local police and the FBI, who will begin taking steps to neutralize the situation and to ensure the unstable shooter no longer has access to firearms.

Well done, Florida. This is commonsense gun reform at its best.

“We all know how dangerous it can be if a mentally ill person gets their hands on a firearm, so from now on, we will do everything we can to make sure any Florida resident who decides to use a gun to murder children inside a school is of sound mind,” explained Florida Governor Rick Scott. “We are confident that having mental health professionals present for all future school shootings will help us ensure that anyone carrying out a school shooting in the future is able to pass a psychiatric background check.”

This is incredible news. After the horrifying bloodshed of the Parkland shooting, it’s inspiring to see government officials work so hard to give students and parents some much-needed peace of mind. In a country where gun violence has become an epidemic, this is the kind of sensible problem-solving we need. Let’s hope this legislation finds its way to other states to help keep American children safe from the unhinged people who could potentially hurt them.