Shamelessly Cashing In: The Vatican Just Sold An NFT Of Jesus Dressed As The Joker And Drinking Bang Energy For $3.2 Million 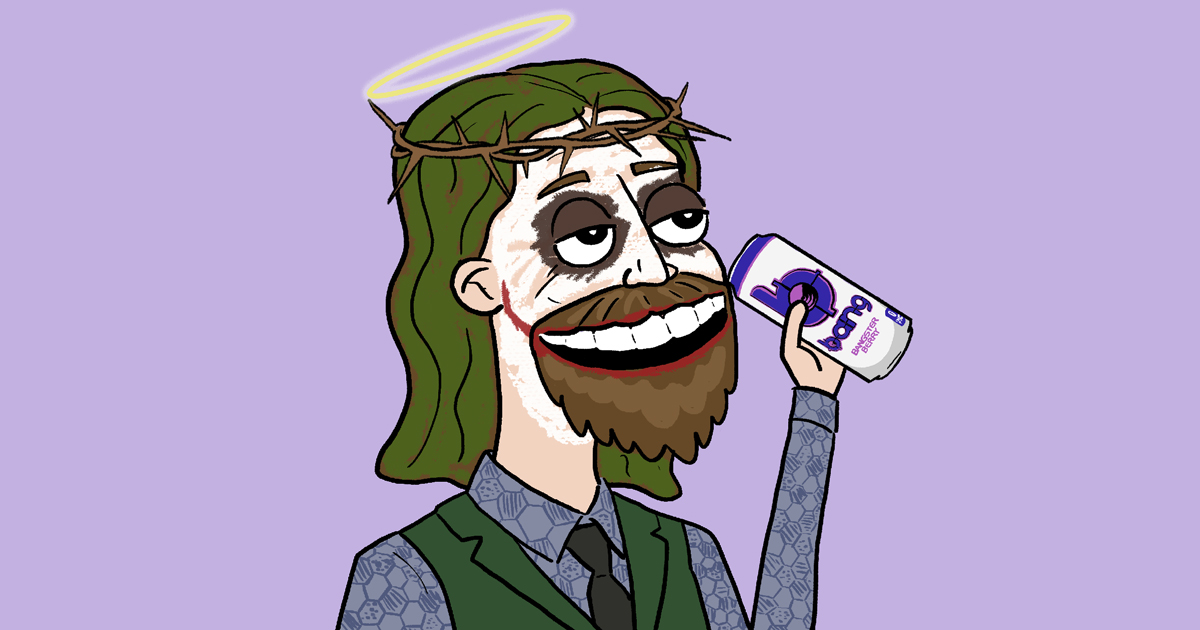 Whether NFTs are a fad or here to stay is anyone’s guess, but for the time being, people are making tons of money off of them, and now it looks like one of the world’s biggest religious institutions has decided to cash in on the trend: The Vatican just sold an NFT of Jesus dressed as the Joker and drinking Bang Energy for a whopping $3.2 million.

Wow. Whatever merits NFT technology might have, this feels pretty shameless for the Catholic church.

Earlier this week, the Vatican launched an account on the digital artwork platform SuperRare, where they debuted their first-ever NFT: an image of Jesus Christ gripping a fizzling can of Bangstery Berry-flavored Bang Energy in full Joker garb, including the Batman villain’s signature clown makeup and maniacal grin. The Pope-sanctioned NFT, titled “Why So Pious?,” is described by the church as “a meditation on what Jesus Christ would look like if he was the Joker and loved energy drinks, putting believers and Batman fans alike at the crossroads of faith, contemporary art, and blockchain technology.” Instantly sparking a bidding war among digital art collectors, the auction’s eventual winner shelled out a staggering sum of over 660 Ethereum ($3.2 million USD) for the piece.

The Joker-Jesus NFT is already generating considerable outrage among the world’s Catholics, yet despite this less-than-enthusiastic reception, the Vatican appears to be sticking to its guns and is already considering other ways to seize on the lucrative potential of blockchain technology. According to sources close to church leadership, Pope Francis is quickly working to launch VatiCoin, the official cryptocurrency of Catholicism, which Vatican officials hope will supplement offerings received by parishes and empower the church to spread God’s word like never before.

Wow. This is certainly an unexpected swerve from the world’s most powerful religious institution.

If anything, this just goes to show that the NFT craze is far from over. It’s easy to judge the Vatican for exploiting this fad for a quick buck, but hey, if it’s really that easy to make a fortune off of a glorified JPEG, who can blame them? Would you buy the Joker-Jesus NFT? Let us know in the comments!