She’s At It Again! Miley Cyrus Ruins VMAs Again By Putting A Homeless Man On Stage 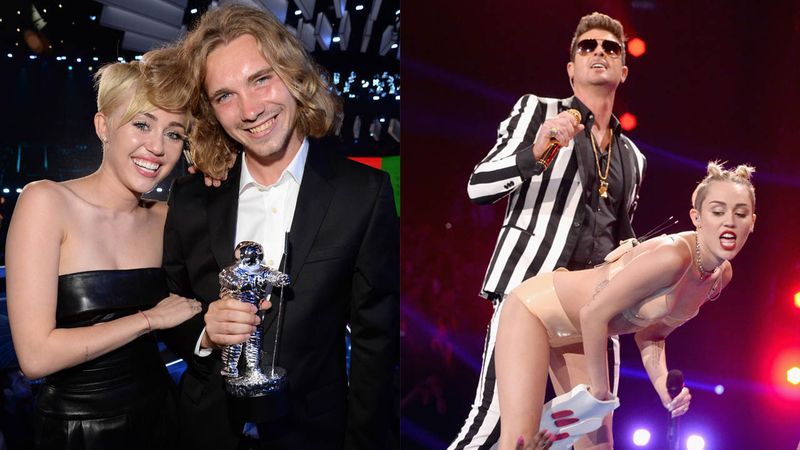 Just when we thought Miley couldn’t out-shame herself after last year’s Robin Thicke twerking catastrophe, the “Wrecking Ball” star disgraced the VMA stage yet again yesterday! This time, Miley took things up a notch by sending a homeless man to accept her award in front of millions of viewers.

That’s right. The tasteless prank came shortly after presenter Jimmy Fallon announced that Miley won the award for Video of the Year. Instead of going up and accepting the award herself, the pop star sent a real-life homeless person on stage who proceeded to disregard the awards ceremony altogether and discuss his life on the streets and living in city shelters.

Could this be the most WTF Miley moment yet? We think so.

These days, it’s hard to even believe Miley was once the beloved star of Hannah Montana. We’ve seen her grind against Robin Thicke’s genitals, and now, we’ve watched her derail an entire awards ceremony by forcing America to look at a homeless guy. The only question is, how far will Miley go next?