Shocking: Undercover Report Shows How Easy It Is For A Police Officer To Get His Hands On A Gun 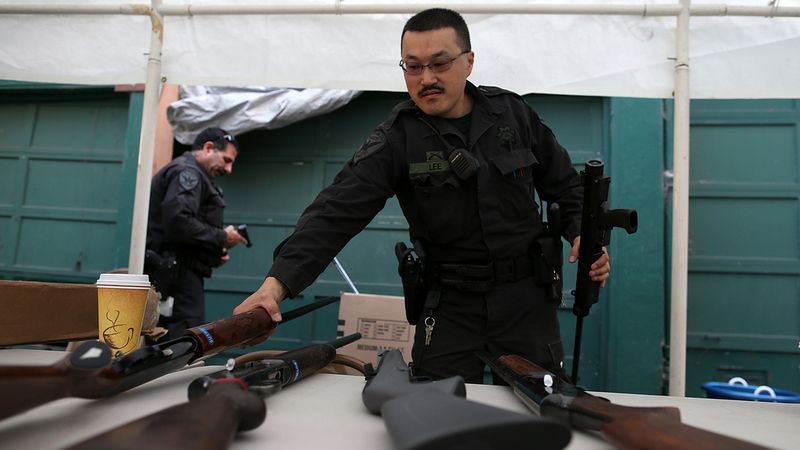 The United States has one of the highest gun ownership rates in the world, but what happens when these guns accidentally get into the hands of those who shouldn’t have access to them? A shocking new report published by The Washington Post today claims that 97 percent to 100 percent of police officers in this country have direct access to firearms, and that number is only getting higher.

According to the deeply troubling findings, the average police officer in this country is presented with opportunities to access guns dozens of times a day, everywhere from the police station’s weapons closet to the firing range, and, most tragically, often even their own holsters.

“In nearly every precinct in this country, a police officer can walk into his place of work and sign out a handgun or, in some cases, an automatic rifle within minutes,” states the report, which is based on investigations into police departments in dozens of cities across the country. “Virtually no attempt is made to hide these weapons from officers, who can regularly be seen freely handling them with no supervision.”

More problematically, the report goes on to explain that police officers often take their guns while openly roaming the streets, meaning that dozens of more innocent lives are at risk. And yet despite the rising number of senseless tragedies year after year, guns are still frequently left within the grasp of police officers.

The solution is simple: Guns need to be kept under lock and key, where police can’t get at them, for everyone’s safety. We must strive to do better for our police officers. It’s only a matter of time before they hurt themselves or others.