Sign Of Voter Fraud? Several Black People Have Managed To Vote In Georgia 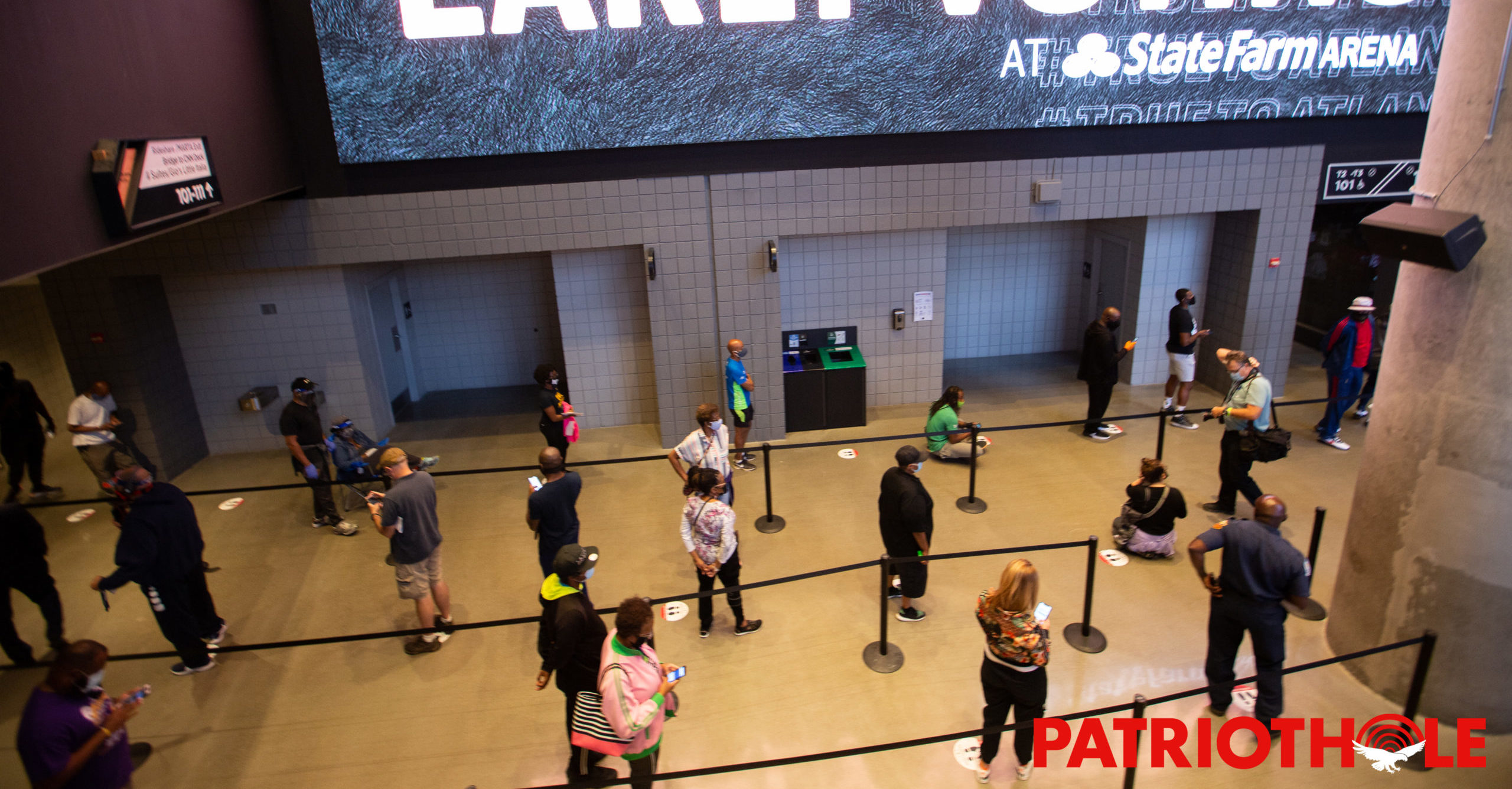 Election Day isn’t even here yet, but we’re already seeing troubling signs that anti-American liberal traitors are doing everything in their power to attack the integrity of our FAIR, CHRISTIAN election to undermine our WHITE PRESIDENT DONALD J. TRUMP: According to reports, several Black people have managed to vote in Georgia.

This is BLATANT evidence of voter fraud! Democrats are clearly trying to steal the election!

Worryingly, sources have now confirmed MULTIPLE instances of Black individuals successfully casting ballots at various locations across Georgia, which just should not be possible given the robust fraud protections that are in place to ensure that the state receives only the HIGHEST QUALITY VOTES from PREAPPROVED VOTERS, most of whom are coincidentally white. Georgia’s voting laws are LEGAL AND WONDERFUL, and if so many Black people have managed to vote, then that means they are ignoring the PERFECTLY REASONABLE VOTING RESTRICTIONS the state worked so hard to put in place. Clearly, something EXTREMELY FISHY is going on if Black voters are still managing to exercise democracy despite the SWEEPING PURGES of Black citizens from voter rolls that the state carried out in recent years to make the voting process more EFFICIENT and ECONOMICAL. There must be an INVESTIGATION into this TREASONOUS BEHAVIOR!!

And another thing: Georgia’s WISE AND JUST lawmakers have worked very hard to shut down unnecessary polling places in Black communities in order to STREAMLINE the election process, and yet despite having to travel so far to vote, many Black Georgians are still casting their ballots. The fact that these people would invest such OUTRAGEOUS AMOUNTS OF TIME AND TRAVEL to participate in something as boring as voting should raise some MAJOR RED FLAGS, as do you honestly think anyone would put in THAT MUCH effort to cast one measly, inconsequential vote unless they had ULTERIOR MOTIVES?!? Not likely!

These disturbing reports also suggest that Black voters have been managing to sneak RIGHT PAST the brave PATRIOTS who have selflessly volunteered to watch over voting centers with their trusty assault rifles in order to politely remind people to vote for Donald Trump. It’s just so inconsiderate for Black people to completely ignore these wonderful guardians of democracy to go ahead and vote, especially considering that these guardians are merely VOLUNTEER MILITIA MEMBERS who are selflessly donating their time to protect ALL AMERICANS from the ever-looming threats of SOCIALISM and political policy derived from the WITCHCRAFT OF SCIENCE. There’s definitely something rotten going on here, and we need some patriots to do some digging and figure out what it is!

Our democracy is under attack!

While these reports are disturbing, they shouldn’t come as a surprise, as the DEEP STATE PUPPETEERS have been openly working for months on what they laughably describe to the public as the “Joe Biden campaign” yet is very obviously just a diabolical ploy to remove our BEAUTIFUL PRESIDENT DONALD JOHN TRUMP from office by weaponizing the power of voting against him. It is beyond disturbing. Yet though leftist radicals are clearly determined to cheat the election, we can be encouraged by the stories coming out of places like Texas and North Carolina, where STRONG, GOD-LOVING PATRIOTS are working tirelessly to thwart the liberal tyrannies of mail-in voting, widespread voter registration efforts, and other disgraceful tactics that Obama-loving fascists are exploiting to try to sabotage WISE PRESIDENT TRUMP’s rightful reelection. Stay vigilant, patriots—SOCIALISM WILL NOT WIN!!!!