Silicon Valley To The Rescue: In Response To Trump Deporting DACA Dreamers, Tech Entrepreneurs Have Released A New App That Links Your Bitcoin Wallet To Your Smart Watch 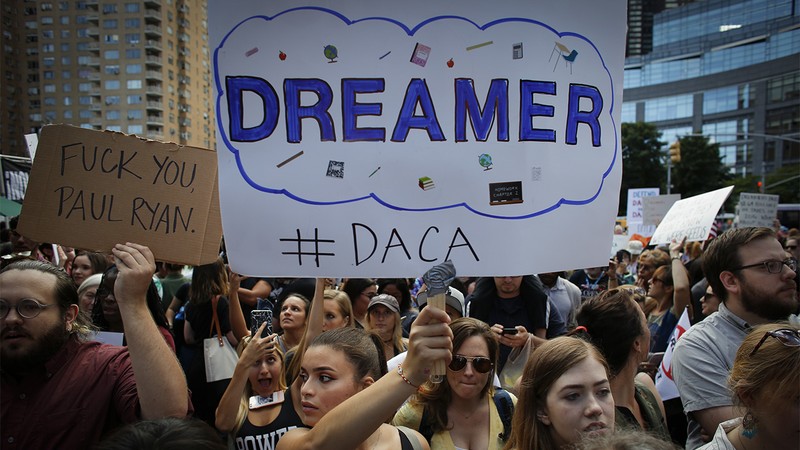 In the short time since Trump has taken office, ICE and immigration officials have had free rein to deport hundreds of thousands of Americans who came here as children, many of whom have lived in this country nearly their entire lives. But now the liberal heroes of Silicon Valley are fighting Trump in a truly amazing way: In response to the deportation of DACA dreamers, tech entrepreneurs have released a new app that links your Bitcoin wallet to your smart watch.

Hey, President Trump! Think it’s okay to deport thousands of immigrants to countries they haven’t lived in since they were 3 years old? Well, Silicon Valley doesn’t, and its seamless new way to sync a crypto wallet to an Apple Watch shows just how much these progressive tech geniuses care about standing up for the humanity of immigrants as government agents evict them from houses they’ve lived in for decades.

“When we saw President Trump dismantling DACA and cruelly ripping apart immigrant families, we asked ourselves a simple question—what if you didn’t need to have a computer or a smartphone to see the funds in your Bitcoin wallet?” said Brian Jensen, the app’s head developer, in a press release that is sure to send Trump on an angry, flustered Twitter rant. “Our government is still determined to destroy the lives of thousands of immigrants, but thanks to our app, Bitcoin enthusiasts can sync their Apple Watch and check their virtual funds faster than they’d check the time.”

“And at the end of the day, that’s what this industry is all about, because that’s what really matters,” Jensen concluded.

Wow. If you thought Silicon Valley was just going to take the moral decrepitude of the Trump administration lying down, needless to say, you have been officially proven wrong. In an age of fear-mongering and hate against immigrants, let’s give it up for these technological heroes for stepping up, creating the PERFECT way to get into Bitcoin in 2018, and joining the #resistance in a major way!