Simone Biles Sparked An Important Dialogue About Mental Health. If I May Though, I Would Like To Steer The Conversation Back To What Wind Is 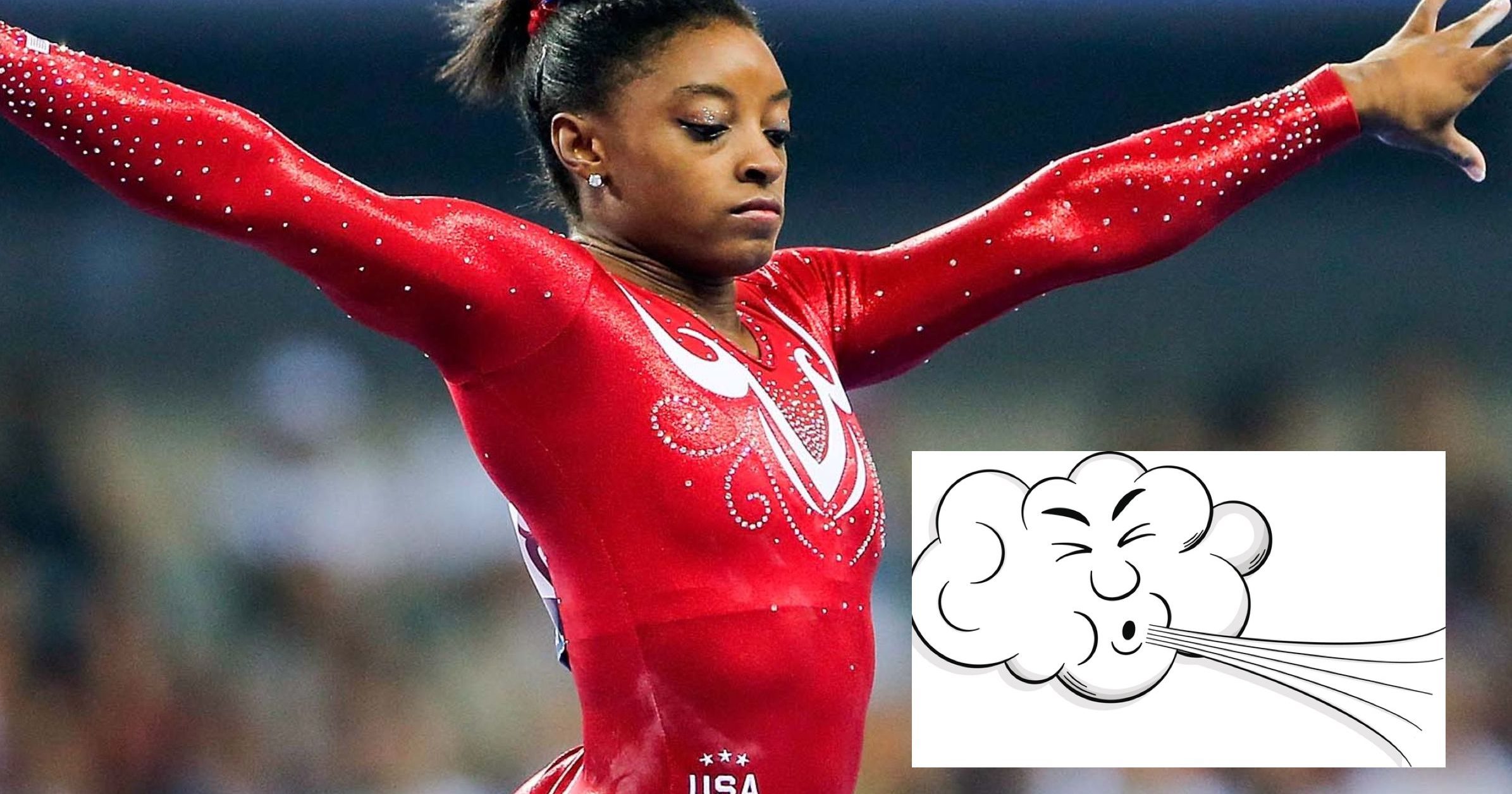 Sometimes a single act of courage can wind up shifting perspectives across the entire world, and Simone Biles’ brave decision to withdraw from several gymnastic events during the Tokyo Olympics out of consideration for her own well-being sparked an important and frankly long-overdue dialogue about how our society treats mental health. If I may though, I would like to steer the conversation back around to what wind is.

In the weeks since Biles made her brave announcement, we’ve been engaged in a productive national discussion about mental health and how it relates to our broader cultural conception of “success,” which is a huge step forward for us all—in no way am I trying to detract from that. But it just so happened to come right as I’d been contemplating on the mysterious force that is wind, and I’d love to circle back on that now that we’ve made some headway on the mental health thing. In my own research, I’ve determined that it’s very possible that wind could simply be the sensation of dinosaur ghosts flying around as they eternally wander the Earth due to their souls not being allowed in either heaven or hell. Now, in the interest of full transparency, this theory doesn’t quite explain why we can feel wind on holy ground like churches or graveyards, but it definitely merits further discussion.

Just as recently as a month ago, few outside the gymnastics world had ever heard of the “twisties,” much less considered how dangerous such a loss of spatial orientation could make the sport for athletes so afflicted, and now that we’re all caught it up it feels reasonable for me to redirect our discussion towards another wind theory of mine, which is whether wind causes or is caused by the majestic waving of American flags. I’m sure they’re correlated somehow, but it’s been too much of a chicken-and-the-egg scenario for me to make sense of alone with everyone else talking about the crushing weight of expectation our society places on young athletes. In the past, public dialogue has helped move me away from a similar thesis that wind is generated by birds flapping their wings, but I see way more flags than birds these days and they’re also almost always bigger, so I’d really appreciate hearing everyone’s thoughts if people are cool switching the topic now.

I certainly don’t need to give any more airtime to critics’ arguments that Biles’ decision was “selfish” or “entitled,” in part because they’re disingenuous and rooted in the toxic assumption that athletes exist only to serve our desire for entertainment, and in part because I have a theory about wind coming from a single, colossal Antarctic fan built by ancient Atlanteans that I’m really dying to bounce off of everybody while it’s still fresh in my mind. You saw a similar kind of backlash after Naomi Osaka’s decision to withdraw from the French Open, though I’m fully willing to admit that I steamrolled ahead with my “wind is what happens when God lets out a sigh” idea too forcefully for a national discussion of mental health to get going back then. I derailed that one, and Simone Biles derailed me in turn. Seems like we’re square now, so how about we get back on track by spitballing some ideas about whether regular air is just wind that has died and become inert or if it is wind that is merely resting in place.

Future generations will no doubt hail Simone Biles as the GOAT for both her dominant athleticism and her bold mental health advocacy, but I’d hate for her to also be remembered as the reason we still don’t know what the hell is going on with wind. Let’s put a pin in the mental health stuff for now and come back later, because I’m pretty sure just a bit more discussion about wind could finally bust this thing wide open.