So Sexy, Bernardo: Bernardo Just Told A Joke And Then Did A Flip 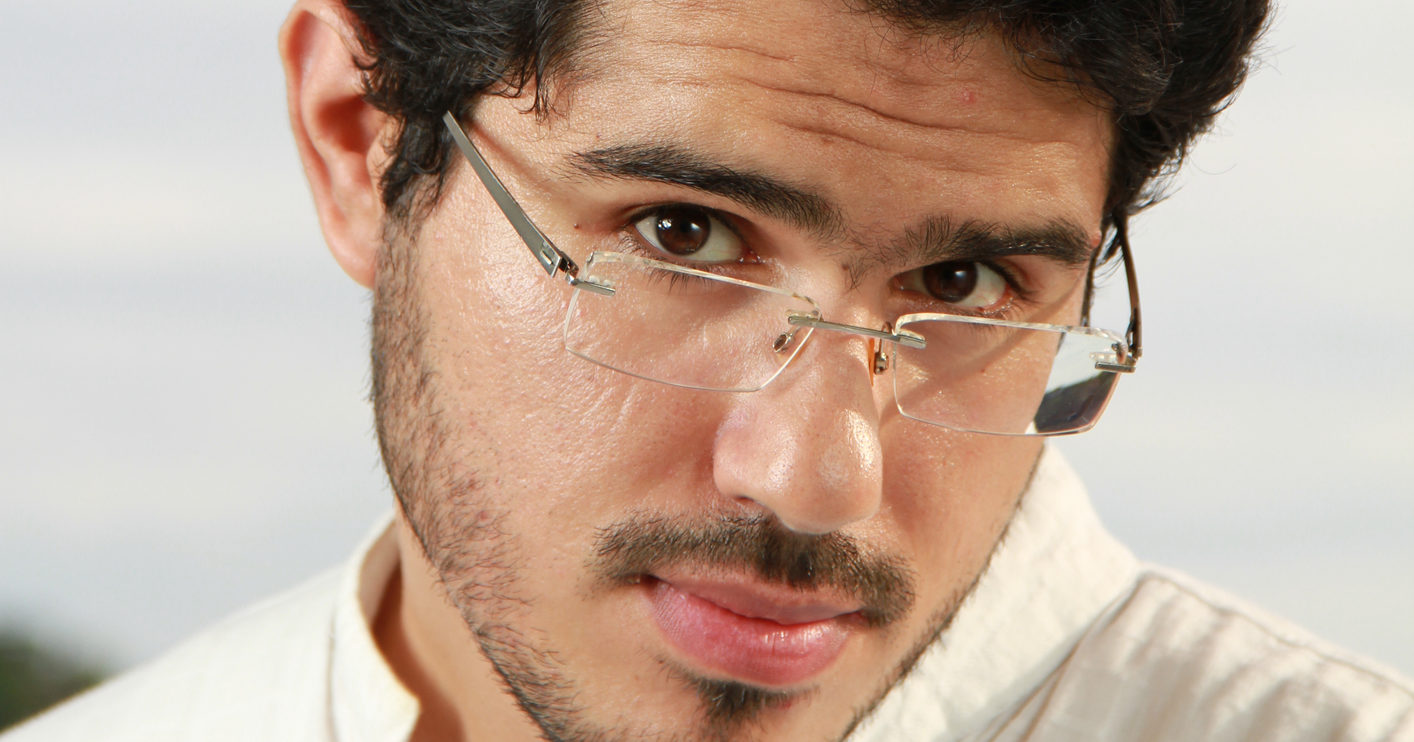 Ladies, take out your fans and fan them on your faces, because a most exciting and sensuous spectacle has taken place: Bernardo just told a joke and then did a flip.

So sexy! So Bernardo!

It’s no secret that Bernardo is pretty much the most fawned-over stud in town—we all love his irresistibly sinewy legs, his devil-may-care mustache, his seductive, unblinking gaze, and the sexy way he walks backwards everywhere instead of forwards. But never has he left more people swooning than he did about half an hour ago, when he backwards-walked up to the patio at Noodles & Company with his sweatpants pulled up tantalizingly to his armpits and his lush eyebrows fastidiously penciled in, immediately attracting a crowd of eligible bacheloresses with his trademark greeting, “Mahalo to the ladies! I am Bernardo.” Clinging to his every word like doe-eyed schoolgirls, the women would soon find themselves unable to contain their desire for Bernardo as he unleashed one of his signature froglike cries to signal that he was about to deliver one of his famous comedic performances.

“JOKE,” Bernardo announced. “What is the similarity between a balloon floating in midair and a vagrant?”

The ladies were screaming so loud they could scarcely make a reply. Bernardo stood with his legs wide apart and his arms in the goalpost position as he supplied the punchline.

“The both have no visible means of support!” squealed Bernardo. “End of joke.”

on the Noodles & Company’s metal stools so as not to collapse under the sheer force of his charm. But just when it seemed like things couldn’t get any more titilliating, Bernardo hushed the crowd, took an enormous breath, crouched down, and then launched into a perfect backflip, leaving his crowd of admirers stomping and pawing at the ground with pure, unbridled lust. “We love you, Bernardo!” they cried. “We love your gymnastics!”

Bernardo is simply too hot to handle!

Now that Bernardo has told his joke and done his flip, he is busy chugging cup after cup of the Noodles & Company’s free ice water and eating a small serving of buttered noodles amid a fawning swarm of ladies who can barely stop themselves from reaching out and touching his ravishing off-white button-up shirt. How lucky these women are to bear witness to this scene! Bernardo is truly the most gorgeous Bernardo in all of the world, and after seeing him tell a hilarious joke, do a perfect flip, and then slurp down a kid-size serving of Noodles & Company’s luscious buttered noodles, we, like so many others, have fallen head over heels in love.