Social Media Meltdown: When This Woman Bled Through Her Tampon, Kotex Called For Her Assassination 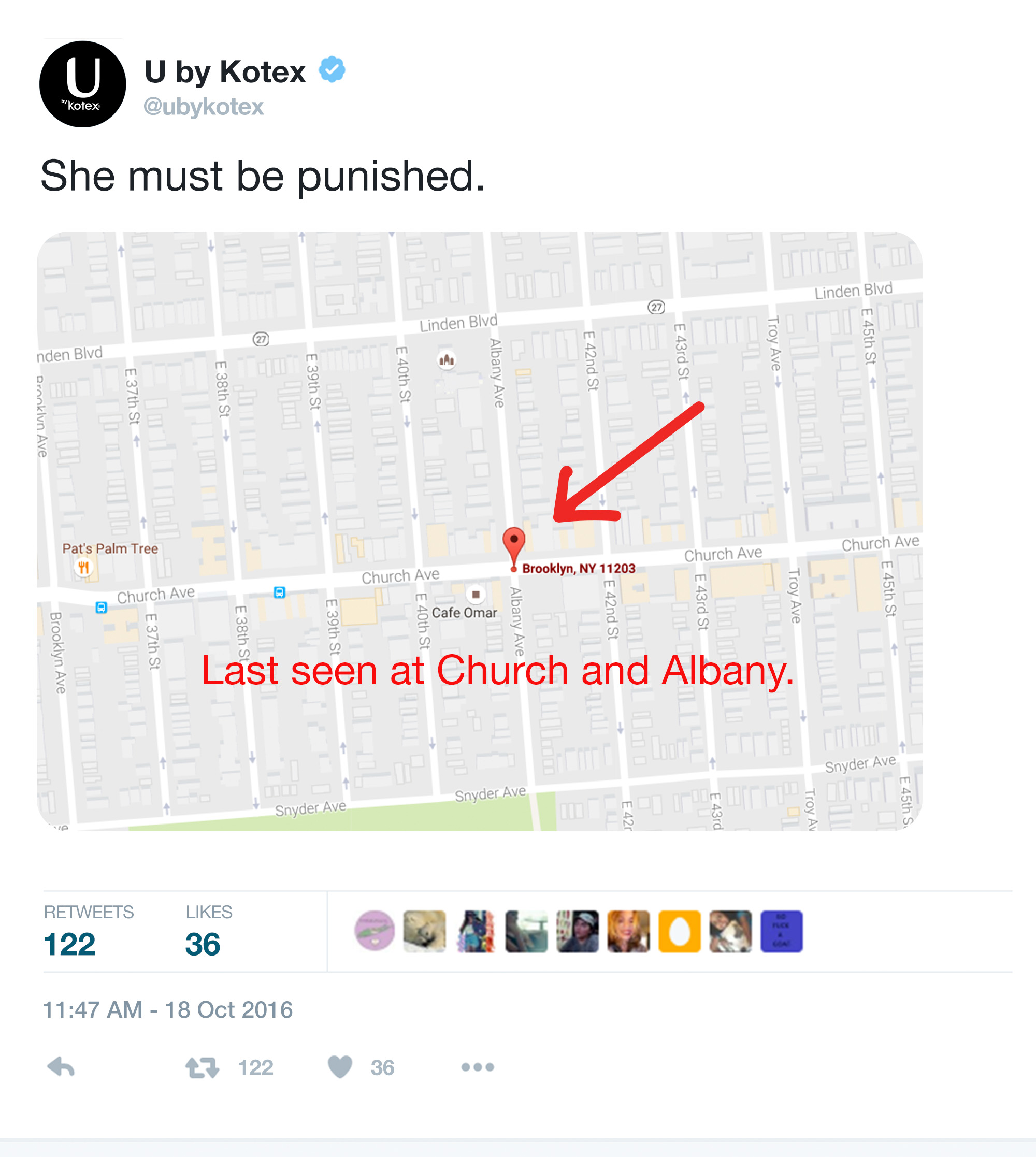 We’ve seen some serious social media meltdowns before, but we’re not gonna lie, what Kotex just did might be the most fail-tastic yet. After hearing that a woman had reportedly bled through one of their best-selling tampons, Kotex messed up big time by immediately taking to Twitter to call for her assassination.

Um, yeah. Someone’s getting fired over this one.

All it took was a single bad review from a 27-year-old girl named Rebecca White for Kotex to spiral out of control and command its 52,000 followers to track her down and murder her by any means necessary. Check out the interaction below:

Come on, guys. Get it together over there!

It’s no secret that brands make mistakes on the internet all the time, but Kotex really redefined the word “gaffe” when they spent the last 24 hours feverishly asking the internet to kill a dissatisfied customer. Between tweeting out Rebecca’s personal information and encouraging their followers to spread the word, Kotex just kept digging its grave deeper and deeper until everyone on Twitter had seen their little tirade.

While the tweets that called for Rebecca’s assassination have long since been deleted, we’re not totally sure how Kotex is going to get themselves out of this one. The reality is, they can apologize to Rebecca for putting out an international hit on her all they want, but their little temper tantrum will live on the internet forever in screenshots just like these.

Hopefully, now that the dust has settled, Kotex can use this as an opportunity to win back people’s trust. Let’s just hope that they don’t go and mess it up by asking people to murder one of their customers again!