Social Media Misfire: Applebee’s Has Apologized After Tweeting That 9/11 Was A ‘Big Mood’ With A Picture Of A Hamburger 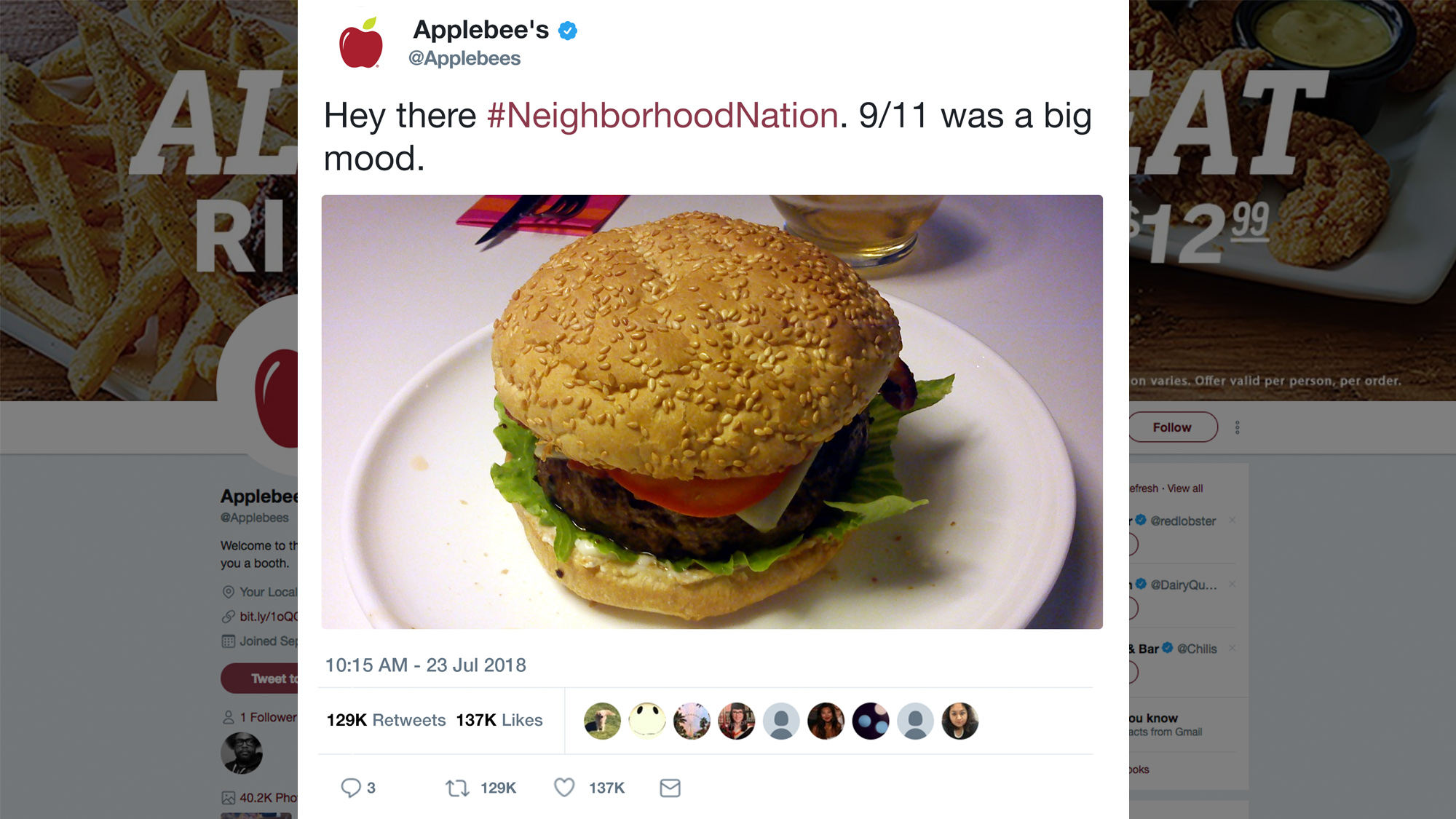 Brands, take note. Here’s a lesson in how NOT to tweet. Applebee’s just had to issue an apology after tweeting that 9/11 was a “big mood” with a picture of a hamburger.

Someone’s definitely getting fired over this.

It all started when Applebee’s proved once again that brands should leave the memes to everyone else by lobbing this ill-advised tweet onto the timelines of their 636,000 followers:

It’s still unclear what Applebee’s was trying to say by referring to the September 11 terrorist attacks as a “big mood” or what the accompanying picture of an unadorned hamburger had to do with it all, but it sure is regretting it now. The fast-casual restaurant’s ill-advised foray into Twitter memes was immediately met with a public outcry and calls for the company to apologize, which it eventually did:

Yikes. This is a social media fail for the ages. Maybe time to log off, Applebee’s.