Some Brawn To Balance Out The Brains: Home Depot Has Been Added To The Ivy League 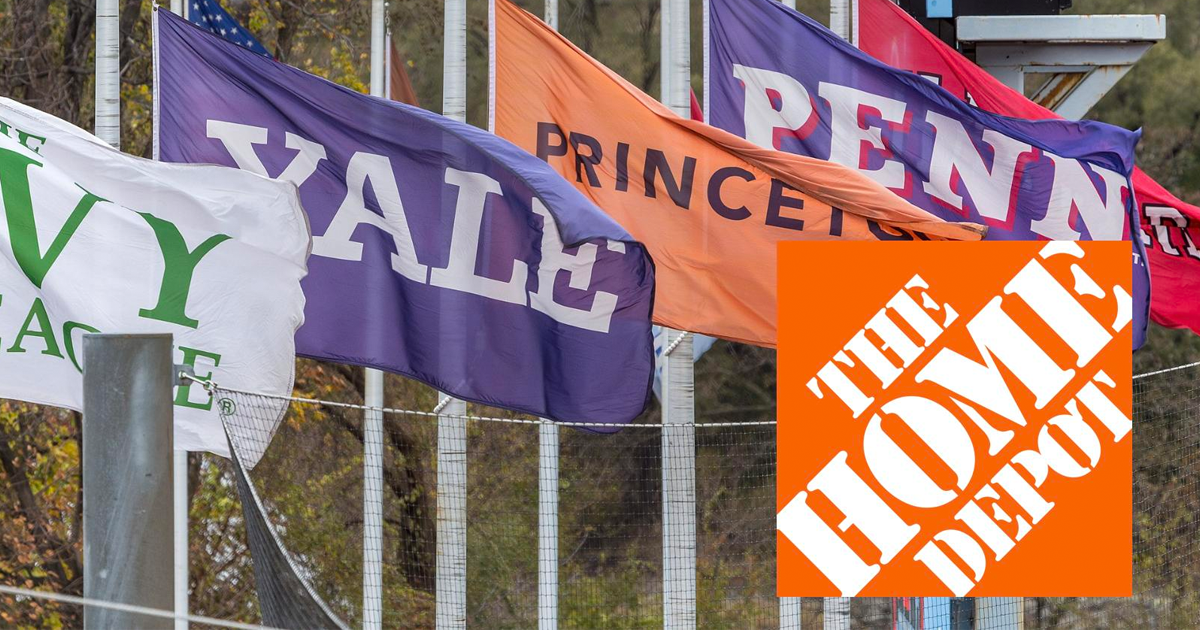 Exciting things are afoot in the world of academia, because one of America’s most elite institutions of scholarship just got balanced out with a dose of raw power: Home Depot has been added to the Ivy League.

Whoa, looks like Home Depot is moving in some pretty rarefied circles these days!

For years, the title “Ivy League” has conjured up images of dusty old libraries and spectacled, tweed-clad professors, but with their formal induction of Home Depot today, you’ll have to start picturing a couple burly, orange-aproned workers loading lumber into a truck bed as well. While Home Depot has always been a big name in the home improvement world, getting to join such a prestigious conference of universities gives them an undeniable reputation boost over competitors like Lowe’s and Ace Hardware. And the 8 original Ivies get some pretty good mileage out of their newly minted peers too, because now anytime someone tries to knock Ivy Leaguers for being a dweeby bunch of pencil-necked nerds, they can simply point to a musclebound Home Depot employee effortlessly lugging refrigerators around as evidence to the contrary.

As unexpected as the move might be, we can’t deny that the Ivy League feels much more well-rounded with Home Depot in the mix to temper their dorkier inclinations. Of course there’s nothing wrong with the Ivy League having some eggheads who can identify new subatomic particles or analyze ancient epics like the Mahābhārata in their original Sanskrit, but it definitely does help us take them a bit more seriously now that they’ve got people who can work a table saw or hang a kitchen cabinet. Even the brainiest little Dartmouth twerp knows there’s only so much you can do with booksmarts alone. And if any of these highfalutin, blueblood Poindexters are slow to accept their new, more DIY-oriented colleagues, we bet they’ll change their tune after a strapping Home Depot alum helps them fix a malfunctioning grill at the tailgate for the big Yale-Home Depot football game.

Honestly, this seems like it’ll be a pretty good arrangement for everyone involved.

It’s wild to think that we’re going to start seeing some Ivy Leaguers who can build an honest-to-God deck with their own two callused hands instead of just programming some kind of robot to build it for them, but it makes sense that the head honchos in charge of the Ivies would want to shore up their relative weakness in the more physical pursuits. However good some bookish ivory-tower brainiac might be at thinking up their fancy-pants theories and dissertations, sometimes it still takes a big lunk with core strength and a willingness to get their hands dirty to actually put those ideas into practice, and as of today the Ivy League’s finally got all their bases covered.

Wow, the Ivy League definitely feels like a more complete package now they’ve added Home Depot to their ranks. Here’s looking forward to seeing what they can do with this potent combo of muscle and mind!